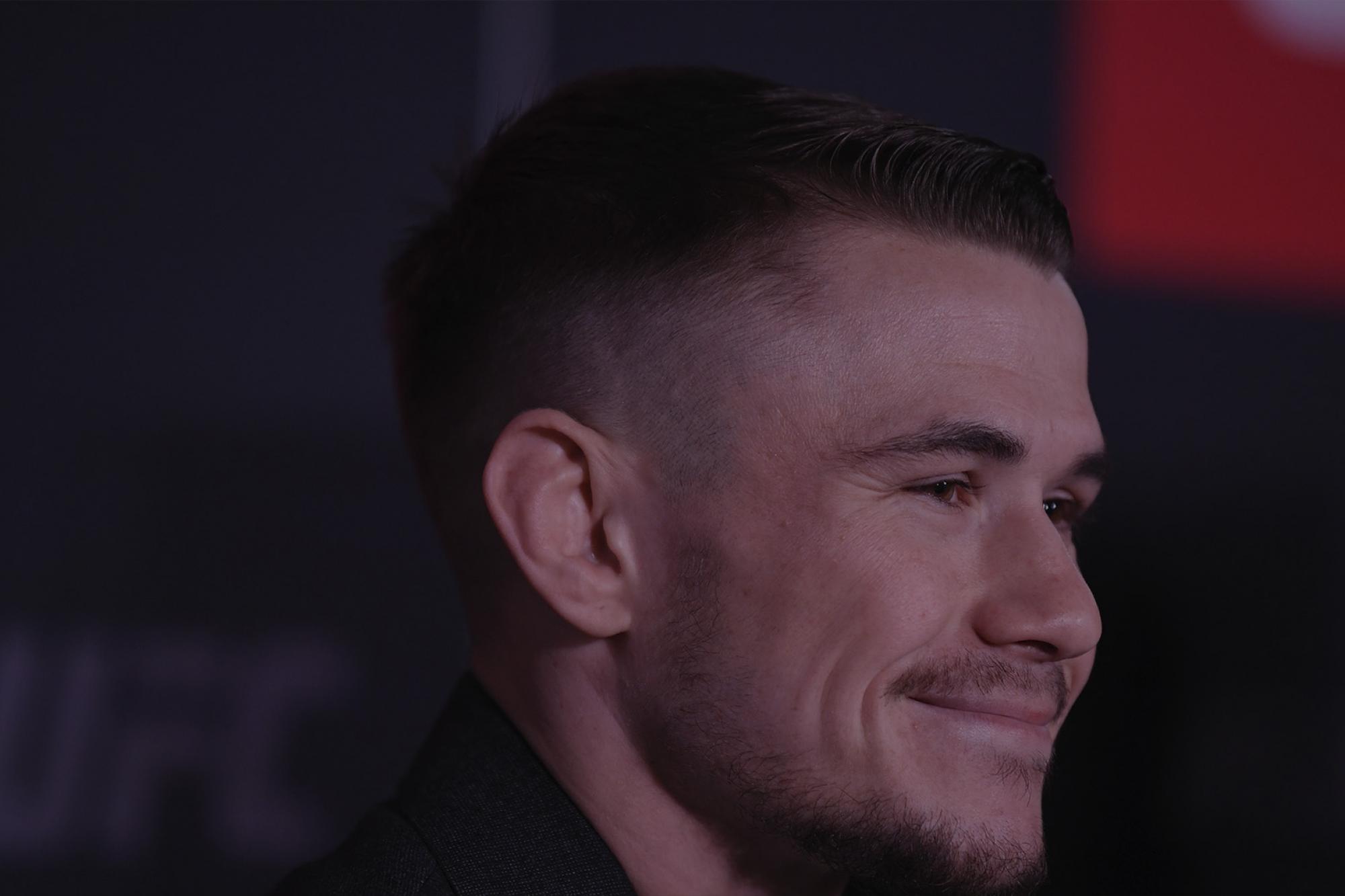 Wood: "Surreal To Be On London Card"

When Nathaniel Wood makes his walk to the Octagon inside the O2 Arena in London, he’ll be walking through a dream.

As he talks about what he thinks he’ll be feeling in that moment, he isn’t worried about any distractions. In fact, he was more concerned that, if he fought earlier on the card, the arena wouldn’t be filled up enough.

“It’s quite surreal,” Wood said. “I’m here. I’m in the London the card. It’s what I set out when I very first started in MMA. Cutting weight, it sucks. At the moment, I’m just pretty down, but come the weigh-ins, I’m going to be buzzing.”

He isn’t really bothered by the hometown distractions either, and he’s quite happy to save money on travel and accommodations for his team. Expecting emotions to be high come fight night in his home country, Wood already knows what to do to get himself into the right headspace to perform.

“I always get my coach, Brad Pickett, or my dad to give me a few slaps just to make sure that I’m in that zone and I’m not thinking about anything that I shouldn’t be thinking about,” he said. “For me, I never have a problem getting in that zone as long as I just make sure, about two hours before the fight, I’m ready to go.”

With this dream nearly a reality, Wood has given some thought about how a proper performance would play out as well.

“Obviously, getting something like a 20-second knockout is amazing, but I’d like to give the fans and the crowd a little bit more, so ideally a first-round knockout maybe at the end of the first round, something like that,” Wood said. “That would be great. Obviously, if I’m in a bit of a back and forth fight, that obviously puts on a great show, but as I said, I don’t want to be getting injured. I don’t want to come out hurt, so for me, I’d say a TKO or a knockout at the end of the first round and a bonus to come with that would be nice.”

Before he has the chance to go for that finish, we caught up with Wood to chat about fighting in London, fighting Jose Alberto Quinonez and how he has improved in the last year. 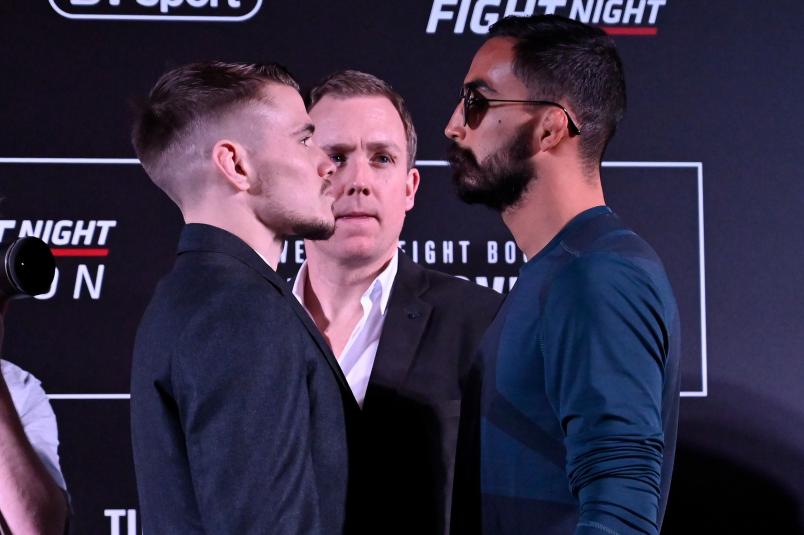 UFC: Once you get past weigh-ins, what are your emotions going to be like walking to the Octagon in the O2 Arena?

NW: I’m just going to be buzzing. There’s a lot of pressure being in London, having my friends and family watching, but as I always say to everyone, I always rise to the occasion, and I like pressure. Pressure makes diamonds, and honestly, I really can’t wait for it, so the quicker the weigh-ins get done, the quicker I can get in there and fight and showcase my skills.

UFC: Is fighting in your hometown or close to home harder or easier?

NW: I’ve been on UK shows before, having to sell tickets and stuff. That can be a bit of a burden, but right now, with the UFC, the problem was getting the tickets. They sold out instantly, and I’ve got friends and family now that still can’t get them. I haven’t really had to stress too much about that side of things, but yeah, I prefer it. I prefer not having to travel. One, I save money on spending on flats on stuff as well for my cornermen. So yeah, everything about being as close to home for me is better

UFC: Thinking about your opponent, he’s coming in on a 4-fight winning streak. What do you think of him?

NW: Obviously, he’s a very talented fighter. As you say, he’s on a 4-fight win streak, and if I’m honest, the opponents for me are irrelevant. Without sounding disrespectful to him, I can’t see him beating me in any areas but that’s not just him. Even, I’m looking at the top-10 in the division, and there are some great fighters in there, but I’m confident that I can beat any one of them any day.

UFC: How have you seen yourself grow in the nine months since making your UFC debut?

UFC: How does it feel to fight on the main card in London?

NW: It felt amazing because I’d seen a lot of people guessing where the card is, and I was quite low, and the only thing for me is I just kept thinking, ‘Oh, I want that O2 Arena to be filled out.’ So to be on the main card, I’m coming out second, that arena is going to be filled up, that for me was just, it was just reassurance knowing that this is my dream come true.