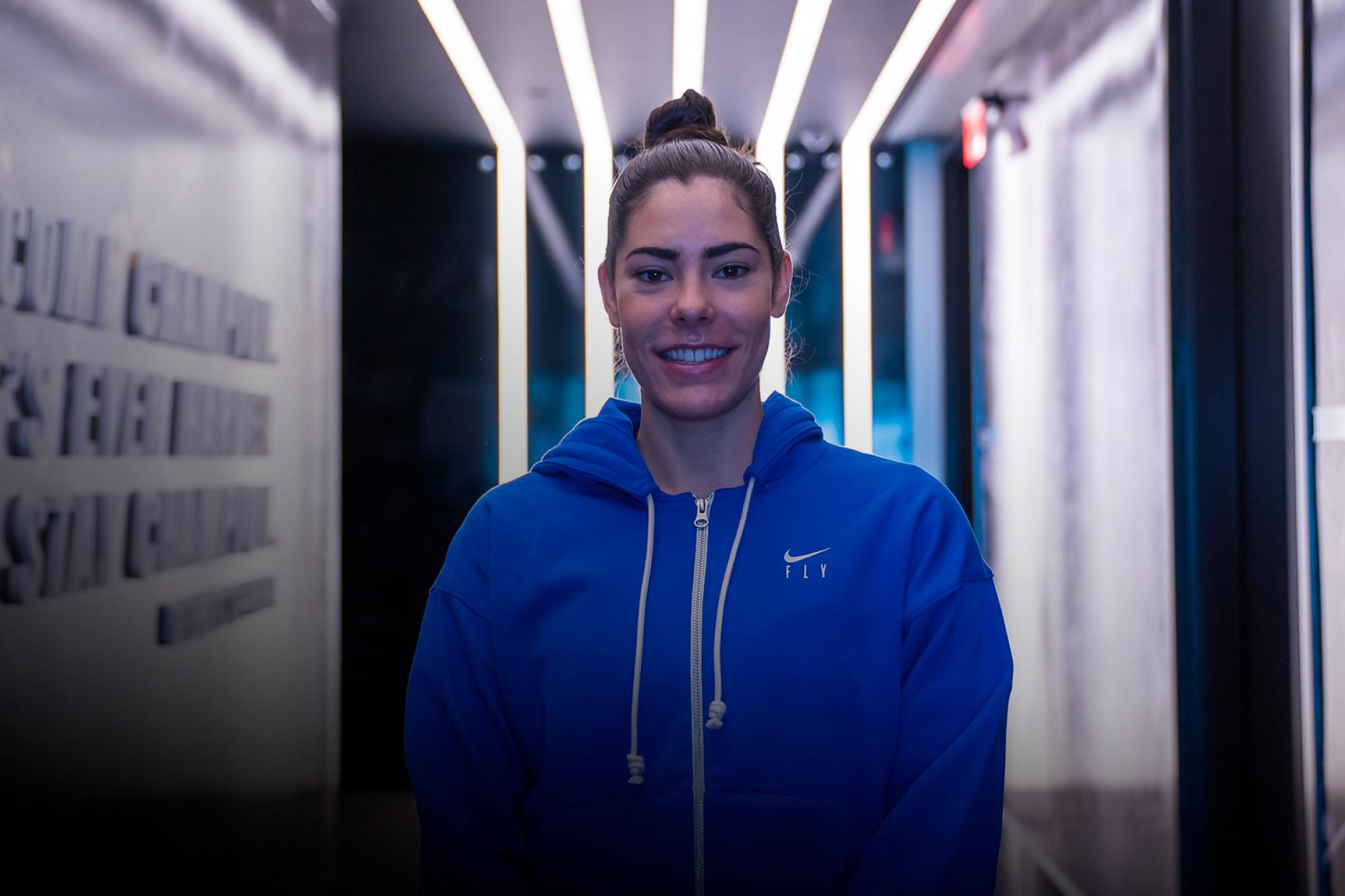 Las Vegas Aces guard Kelsey Plum is becoming a UFC "fan for life" while at the Performance Institute.
By Zac Pacleb, on Twitter @ZacPacleb • Nov. 17, 2020

UFC President Dana White reached out to her asking if she wanted to join in on a matchmaking meeting and see the process up close, to which she enthusiastically agreed. Plum helped put together fights between Max Holloway and Calvin Kattar as well as Maycee Barber and Alexa Grasso.

“I’m in for life,” Plum told UFC.com “I’m so excited. Now I watch people, I go watch their highlights, especially if they have a fight coming up. I definitely tune into that. Fan for life.”

While working out at the UFC PI, Plum has built up her knowledge of the sport as well as regular candor with the fighters who are always passing through.

“I have a couple friends now that I mess with,” she said. “But I always end it with peace and blessings because I don’t want any smoke.”

The 26-year-old recently missed the shortened-2020 WNBA season because of her injury, but she has enjoyed her time at the Performance Institute, even learning some moves from UFC Hall of Fame member Forrest Griffin.

“I think everyone has been very welcome and very excited to have me which feels great as an athlete,” she said. “There’s a lot of mutual respect. They’ve asked me to hit the bag a couple times. I’m like, ‘You know what guys? I think I’m OK.’”

Las Vegas Aces guard Kelsey Plum is enjoying her time at the UFC Performance Institute while recovering from an injury.

Plum mentioned she did some karate growing up but made a point to not put that experience in the “same category” as what she knows the UFC fighters can do. That said, she has had some entertaining experiences when fighters have tried to show her their basketball skills.

“I think some MMA fighters think they can step on a basketball court, and so that’s always funny,” she said. “Sometimes I have a ball, and they try to dribble it, and it looks like third-graders, but I love their effort. I love their confidence, and I think that’s where the commonalities lie.”

From enjoying all the benefits of the staff and trainers to getting an inside and in-depth look at the matchmaking process, Plum has made the most of her experience at the UFC Performance Institute and is excited take this experience forward with her as she hopes to return to the court for the Aces next season.

“Just to watch them train, their intensity, the way that they approach their strength and conditioning or even just rehab and how they train, it’s been really motivating and inspiring for me,” Plum said.