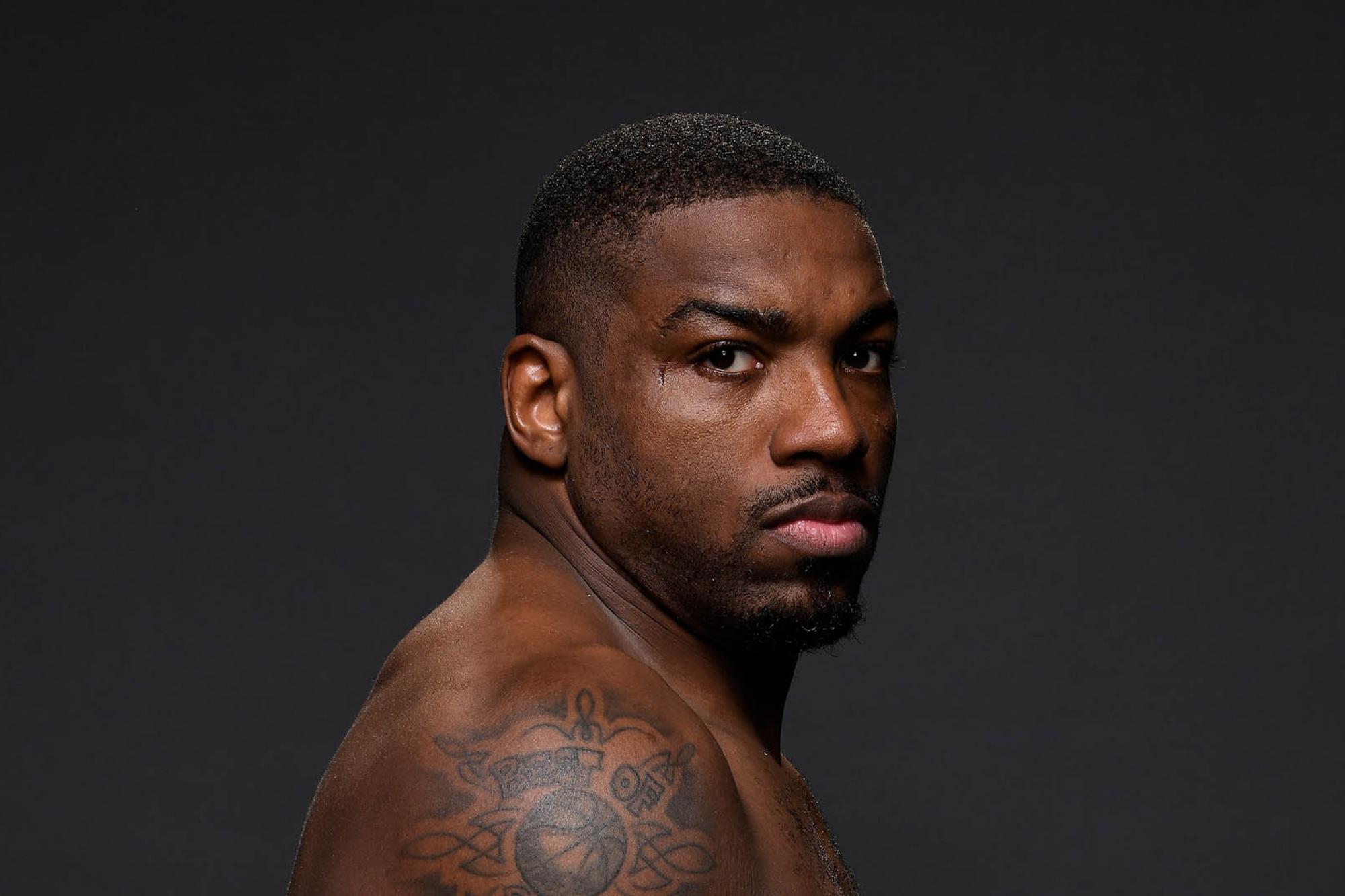 Ego. To make it in the sport of mixed martial arts, you need some. Too much, though, and it can cost you. So how much ego does Walt Harris have? When he faces Aleksei Oleinik in the UFC San Antonio co-main event on Saturday, does he stick to his strengths to get the victory, or is a little ego devil whispering in his ear, telling him to test himself in the submission master’s realm on the mat?

“I’m trying to blast him, I ain’t gonna play,” said Harris, who has scored all 12 of his pro wins by knockout. “(UFC light heavyweight champion) Jon Jones, I got a lot of respect for that guy because he’ll do that. He’ll go where you’re great at. I’m not gonna play that. I’m gonna go in there and try to take your head off and get the hell out of there. I don’t want to play with the fire too much.”

“It’s not a pissing contest; it’s an ass-kicking contest, so I’m trying to go in there and kick his ass.”

“The Big Ticket” isn’t done on this topic yet, though, so he adds, “I will say this…I’m not afraid to go down to the ground with him. I’m confident in my ground game, but is that the strategy? No, of course not. I’m not gonna go in there and say, ‘All right, I’m gonna go to my back and let’s play.’ Definitely not.”

It’s a wise choice by the Birmingham, Alabama native, considering that just as deadly as he is on his feet, Oleinik is a supreme finisher on the ground, with nine of his last 10 victories coming by way of submission. Yet while this is shaping up on paper to be the classic striker vs. grappler matchup, the tenth victory by Oleinik in that above stat is by knockout, and he’s never been afraid to throw hands with his opponents. Harris hopes that’s the case this weekend, but he’s not holding his breath.

“If he tries to stand and bang with me, he’s going to sleep,” said Harris, who has sparred with top-level heavyweight boxers such as Deontay Wilder and Tyson Fury in the past. “That’s a fact. But I know Aleksei pretty well and I can imagine that he’s not gonna stand and trade too much. He may try to goad me into thinking it’s gonna be that kind of fight and then try to do his takedowns, but if you stand in the pocket with me long enough, you’re gonna go to sleep; I promise you that.” 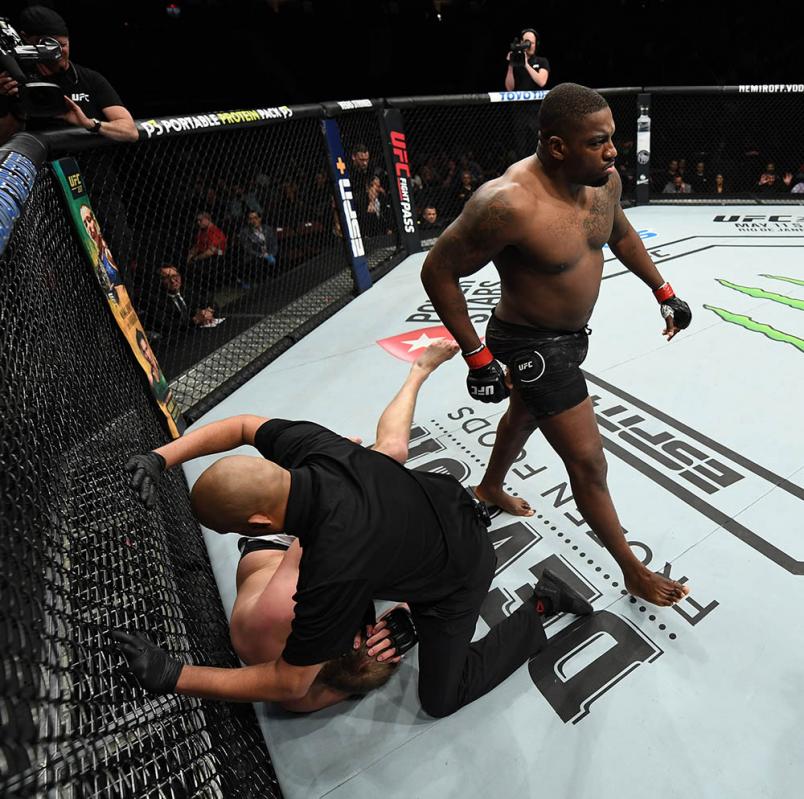 Walt Harris celebrates his TKO victory over Serghei Spivac of Moldova in their heavyweight bout during the UFC Fight Night event at Canadian Tire Centre on May 4, 2019 in Ottawa, Ontario, Canada. (Photo by Jeff Bottari/Zuffa LLC)

The numbers prove Harris right, but what Oleinik really should worry about is when the 36-year-old’s feet start tingling.

What? Well, that’s what usually reacts first when Harris lands the perfect punch.

“I feel it in my feet when I land the perfect shot,” he said. “I don’t feel it so much in my hands or my upper body; it’s in my feet. And I know that it’s a solid shot. And you read and react from that situation. There’s nothing like it. It’s the best feeling in the world for sure.”

And if Harris gets that feeling on Saturday, that’s a four-fight unbeaten run and a likely move from the 14 spot he holds in the current UFC rankings. It’s a scenario Harris can definitely get behind. 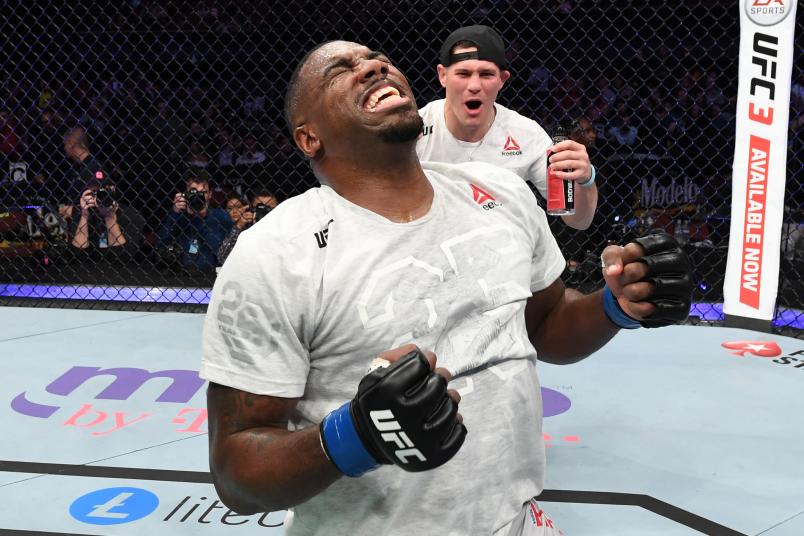 Walt Harris celebrates his victory over Andrei Arlovski of Belarus in their heavyweight bout during the UFC 232 event inside The Forum on December 29, 2018 in Inglewood, California. (Photo by Josh Hedges/Zuffa LLC)

“I feel like this is gonna expose me to more people and it’s gonna bring me closer to my goals of being in that top five, top three and in title shot contention,” he said. “So I’m excited. I just gotta go in there and do what I do. I can’t wait.”

Neither can his supporters, who have watched Harris navigate the ups and downs of the fight game and close in on his shot at the elite level at an age where many are starting to look for the exit. But he’s not patting himself on the back just yet.

“I won’t say I’m content or satisfied,” he said. “I’m proud of myself for being resilient, but I want so much more. I have a thing on Instagram I post sometimes, #IWantItAll – and I want everything that comes with this game. I want everything I deserve for all my ups and downs and my pain and suffering, so I feel like I’ve got so much more to accomplish. I haven’t done enough yet and this is a steppingstone to getting to the rest of my career and being content to where I finish. And I want to finish with a belt.”