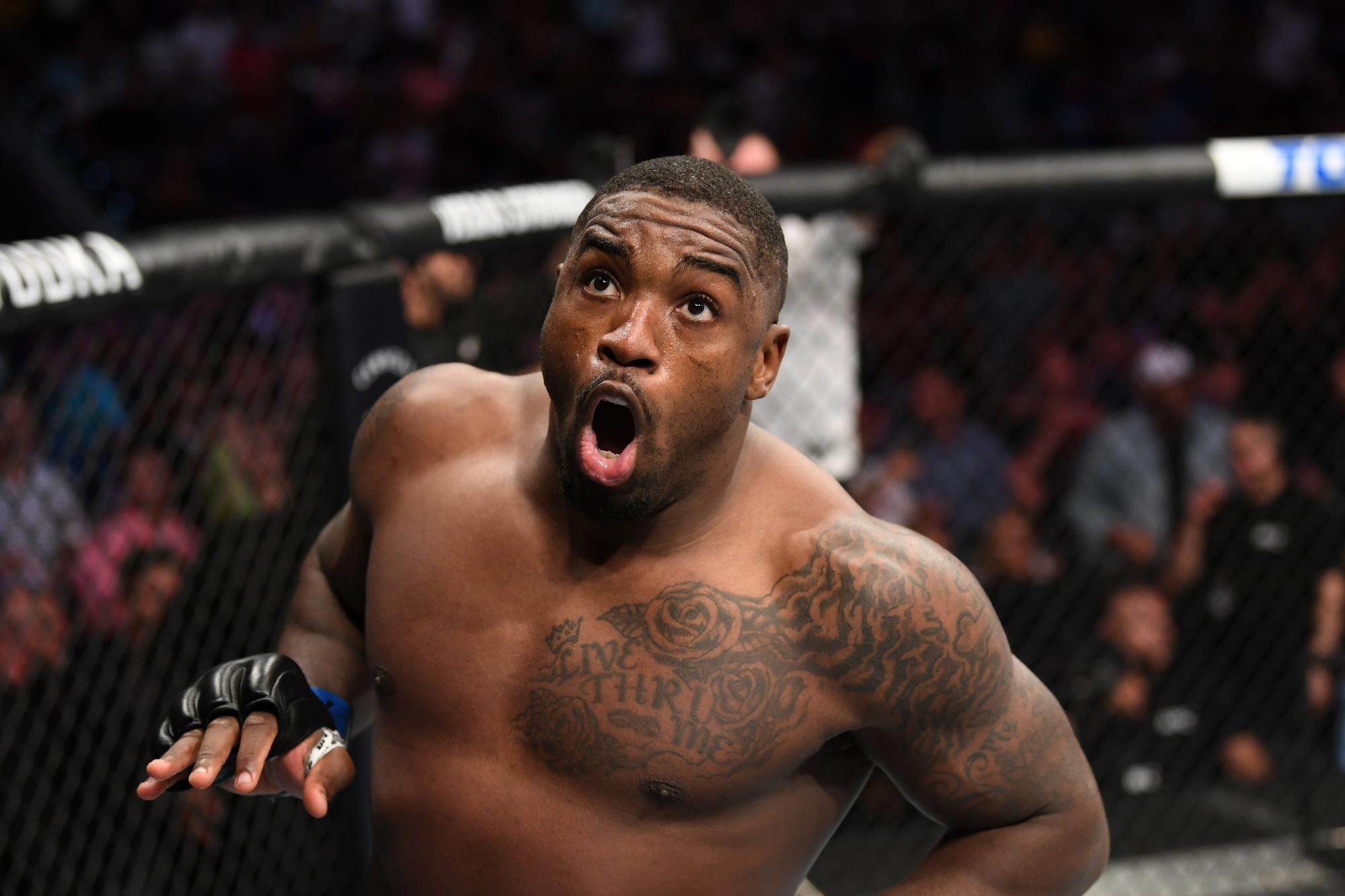 The Talking Points and Bonus Winners of UFC San Antonio
By Gavin Porter • Jul. 21, 2019
Performances of the Night
Walt Harris

The flying knee to start a fight is becoming a trend thanks to Jorge Masvidal at UFC 239. On Saturday night it was heavyweight Walt Harris’ turn to use the devastating technique to set up a knockout of Aleksei Oleinik in just 12 seconds. That knockout improves Harris’ record to 13-7, with all 13 of his victories coming via knockout.

The knockout also puts him in line to make a move into the top ten of the rankings. With performances like that, there are plenty of enticing matchups in the future for Harris. His display of raw athleticism and explosiveness is something that make him a real contender. It also earned him the seventh ranked play on ESPN’s Sportscenter Top 10 Plays of the Night.

What a return to the Octagon for Dan Hooker. After suffering a grueling defeat and spending eight months without a chance to get back in the win column, “The Hangman” needed just over half a round to knock out James Vick in emphatic fashion.

While Hooker and Vick were engaging in a striking chess match, Hooker feinted a punch with his right, ducked a punch from Vick, then landed with a powerful left hook that connected perfectly with Vick’s chin. The shot sent Vick tumbling to the floor with Hooker following up with a couple more devastating punches to end the contest.

The win was impressive and critical for Hooker, putting him right back into the mix at lightweight.

These two bantamweights absolutely brought it. Both Mario Bautista and Jinsoo Son showcased their diverse arsenal of attacks and their iron chins in a Fight of the Night worthy performance. It was a fast-paced affair that would result in a unanimous decision victory for Bautista.

Bautista’s volume of strikes, angles and ability to handle the forward pressure from Son was impressive. He found consistent success with his straight punches, piecing up Son every time he tried to close the distance.

But Son was more than happy to absorb a punch or two or to get his licks in. In his last two fights, Son has proved to be an absolute gamer and is seriously fun to watch. His approach is simple: let’s throw down. It may not have won him this fight, due to Bautista’s effectiveness and ability to handle Son’s attacks, but it will win him fights in the UFC.

Around the Card
Leon Edwards

Rafael Dos Anjos is a former world champion and his only losses at welterweight coming into UFC San Antonio were to champion Kamaru Usman and former interim champ Colby Covington. On Saturday, Leon Edwards outperformed RDA in every way on the way to earning a dominant decision victory.

Leon Edwards adds to his active win streak with a victory over Rafael dos Anjos in the main event at UFC San Antonio.

“Rocky” was faster, he moved better, he created more opportunities for himself and he neutralized portions of RDA’s attack with his size and strength. The win pushed Edwards’ win streak to eight, with his last loss coming to Usman.