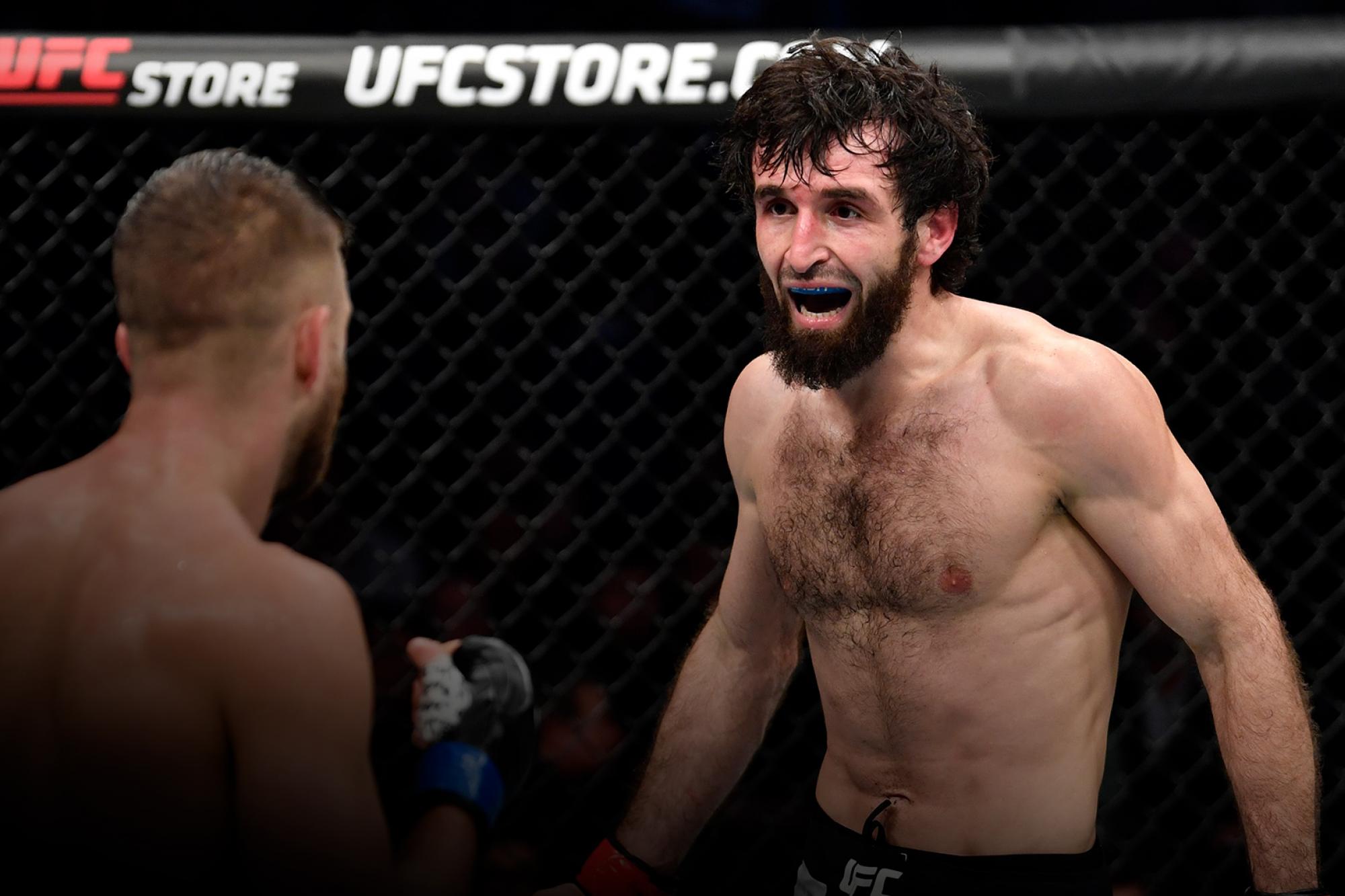 The fight everyone wished would have been five rounds still lived up to its billing in what was a three-round battle between two of the featherweight division’s top rising stars. Magomedsharipov had the crowd in his corner after the originally scheduled Boston bout was rescheduled away from Kattar’s hometown, and the extra boost from the fans may have been exactly what Magomedsharipov needed, as he scored a unanimous decision victory. The win is Magomedsharipov’s sixth consecutive in the UFC and he instantly jumps into the title picture.

“I’m 6-0 in the UFC. I want the winner of Hollway versus Volkanovski,” Magomedsharipov said. “I promise if I get that fight, I’ll be ready for five rounds and I will be better next time.”

Despite his success in the UFC, Magomedsharipov has yet to go into the championship rounds in any of his six fights. It may be the only appropriate critique at this point.

As for Kattar, it’s a loss that shouldn’t be discouraging. He picked up steam in the final round and you have to wonder how the fight would have progressed if it had went the standard five-round main event distance. Kattar drops to 4-2 in the UFC. It’s his second post-fight performance bonus.

Add another kicking finish to Magomed Ankalaev’s resume. This time Ankalaev provided the moment of the night at UFC Moscow when he landed an epic front kick against Dalcha Lungiambula. The kick went viral, drawing commentary from the entire MMA community.

It’s Ankalaev’s second finish and performance bonus that stemmed from a kick (he earned his first UFC win against Marcin Prachnio with a front kick last year). But more importantly, the victory marked three in a row for the Russian. Ankalaev said after the fight his goal was to finish the fight with a kick, and he saw the opportunity after feeling things out in Round 1.

David Zawada was thrilled to play spoiler on Saturday. Zawada submitted crowd favorite Abubakar Nurmagomedov with a triangle choke submission in Round 1. It was a surprise to many. Even Zawada said before the fight he planned to make Nurmagomedov stand and trade with him.

But when the fight went to the ground, Zawada proved more than capable. It’s his first win in the UFC.