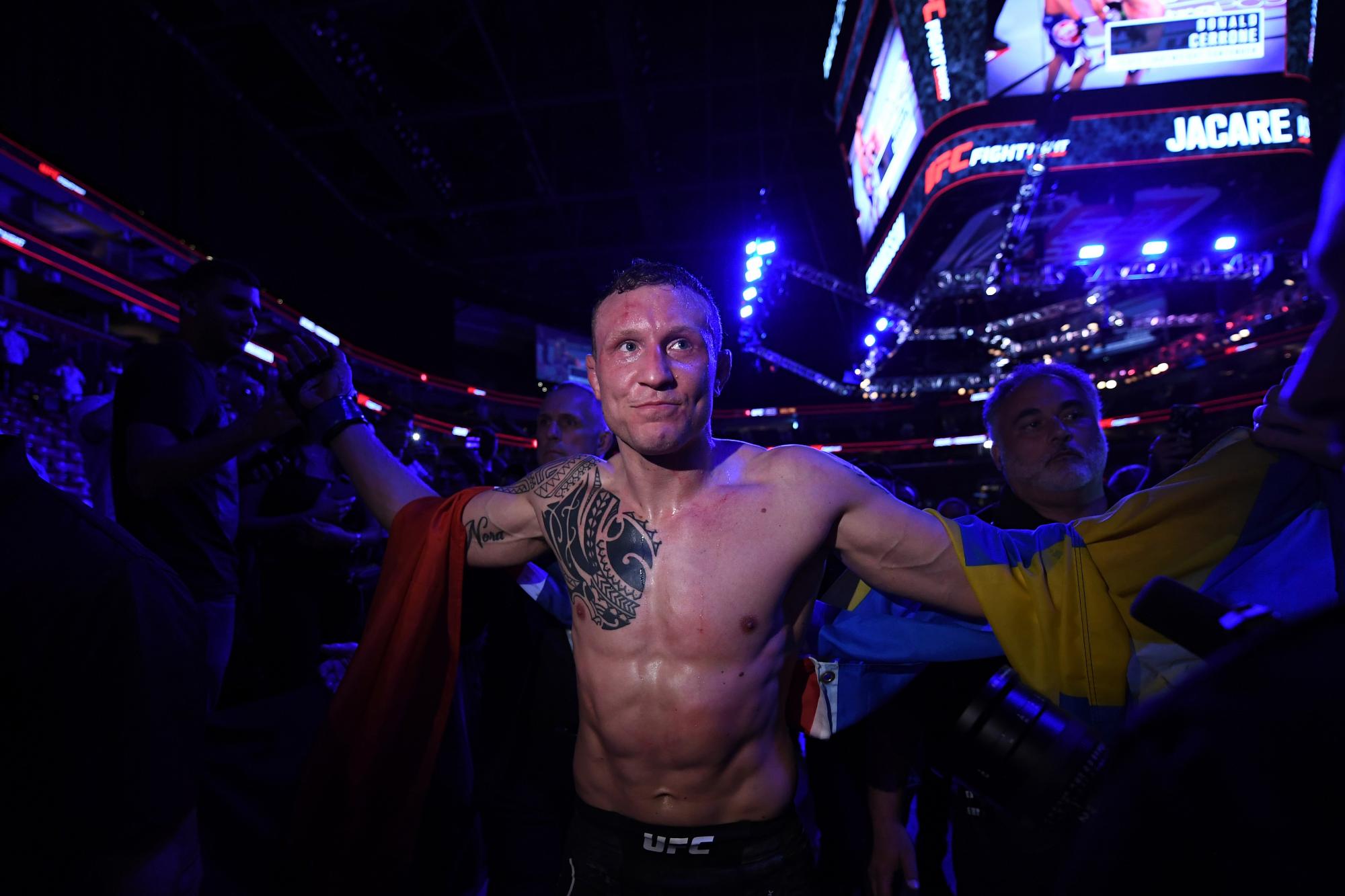 Who were the big winners from UFC Fort Lauderdale? Check out this edition of The Scorecard
Apr. 29, 2019

Saturday’s UFC Fort Lauderdale event is in the books, and now that the dust has settled in Florida, it’s time to go to the scorecard to see who the big winners were at the BB&T Center.

1 – Jack Hermansson
There is something to be said for confidence and momentum in the fight game, and when a fighter has both, he becomes very dangerous. And that’s where Jack Hermansson is at these days. When I spoke to “The Joker” before his win last Saturday over Ronaldo “Jacare” Souza, it was clear that a short-notice five-round assignment against one of the top middleweights in the world was something to be embraced, not avoided. And the reason is simple – Hermansson is one of the top middleweights in the world right now, and he knows it. Saturday’s win showed off all aspects of his game, he passed his first five-rounder with flying colors, and if he was confident before the bout, he’s even more so now.

2 – Glover Teixeira
If you’ve read these pieces for any length of time, you’ll know that there are more than a few fighters that I have a soft spot for. Glover Teixeira is one of them. One of the classiest competitors in the game, Teixeira didn’t need to get any of the disrespect shown to him by Ion Cutelaba in the lead-up to their bout in Florida. Yeah, I get it, this is how Cutelaba gets himself pumped up for fights, and it helps build the hype up, but there are some guys you don’t do that to. Do you ever see fighters pull that stuff on guys like Frankie Edgar, Joe Lauzon or Jim Miller? No. But hey, Cutelaba went all in on the pre-fight gamesmanship and found out that if you pull it on the wrong guy, he’ll make you pay. Teixeira was the wrong guy, and he showed that as he approaches 40 years old, he might not be the same fighter he was five or ten years ago, but he can still hang with – and beat – anybody at 205 pounds.

3 – Mike Perry
After their pre-fight dance-off, I was concerned that Mike Perry and Alex Oliveira weren’t going to be able to match that pace in the actual bout. I was wrong, and I’m glad I was, as Perry and Oliveira delivered the goods for all 15 minutes. When it was over, it was a mature Perry that emerged with the victory, and while most assumed that would never be an adjective attached to the name of “Platinum” Mike, now that it is, he is an even more significant threat to those at 170 pounds.

4 – Jim Miller
Speaking of those fighters I have a soft spot for, Jim Miller is most definitely on the short list. Simply put, he’s a blue collar guy, a family man and someone who has never let being someone with the most fights in UFC history change who he is. And considering the health woes he’s gone through in battling Lyme disease, his ability to return to the Octagon and compete at a high level is an inspiration in itself. All that aside, he was fighting in front of his four kids for the first time on Saturday against a tough out in Jason Gonzalez, and he went out and made it look easy, submitting his foe in a little over two minutes. Now every fighter who makes that walk to the Octagon works hard and deserves to have good things happen on fight night, but if anyone really earned some good things after everything it took to get to South Florida, it’s Jim Miller.

5 – Gilbert Burns
Not everyone is going to get the attention folks like Conor McGregor or Jon Jones do. That’s reality. But while we’re following the daily exploits of “The Notorious” one and “Bones,” we can still find some time for fighters like Gilbert Burns. Like Miller, the Brazilian is a blue collar guy who shows up, does his work, and simply loves everything about competing, whether it’s grappling or MMA. And while the Brazilian Jiu-Jiu black belt is the first note on his resume, watch Burns throw hands with bad intentions and he has rapidly become a must-see at 155 pounds. “Durinho” is a finisher, and I’m ready to see him in with a lightweight contender again sooner rather than later.