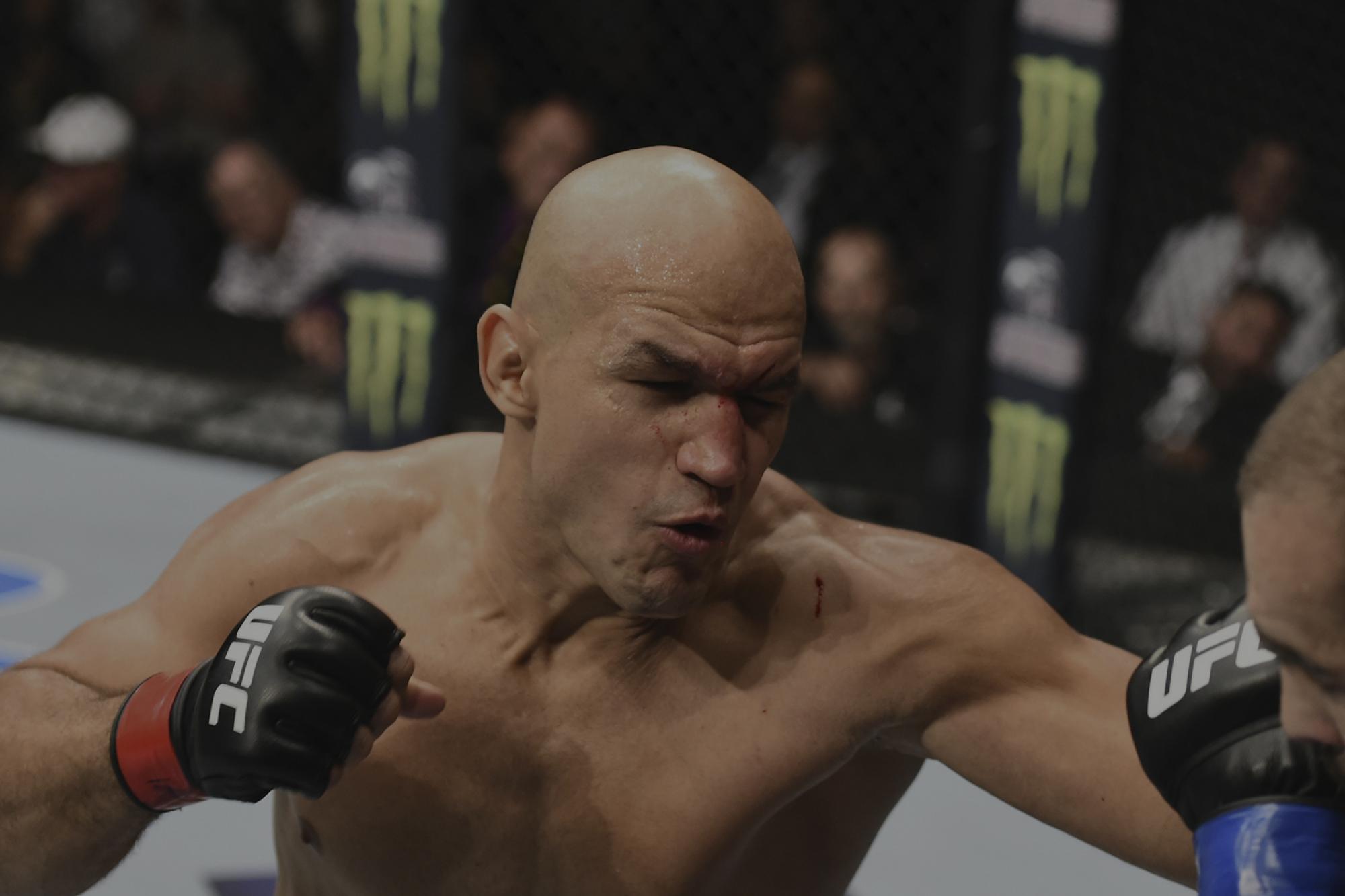 We Preview The Entire Card From Down Under, Fight By Fight.
By Damon Martin • Nov. 27, 2018
Social Post

The main event from Adelaide, Australia will feature two of the hardest hitters in the heavyweight division as former champion Junior Dos Santos takes on rising star Tai Tuivasa in a five-round battle. Dos Santos is coming off a dominant performance in his last fight against Blagoy Ivanov and the former heavyweight king remains one of the most technically proficient boxers to ever step inside the Octagon. This weekend, he goes up against a hard-charging former rugby player in Tuivasa, who has looked like a future title contender through his first few fights in the UFC. Tuivasa hits like a truck and has the kind of durability that's going to make him a tough out for anybody in the division. This fight has all the makings of an instant classic once Dos Santos and Tuivasa touch gloves and then start throwing down.

Past title challenger Mark Hunt looks to rebound from a pair of tough losses as he takes on Justin Willis, who might just be a future contender in the division. Hunt is well known for his concrete chin and blistering power, so anybody willing to stand and trade with him could be in for a long - or potentially very short - night. Hunt is an old school fighter who just loves to stand and trade with his opponents and he'll gladly take a shot to give one in return. As for Willis, he's undefeated thus far in his UFC career, with three straight wins while training alongside heavyweight champion Daniel Cormier. Willis throws heat with every punch, but he's also shown good endurance in two decision victories in the UFC. This is another potential show stealer on the card. 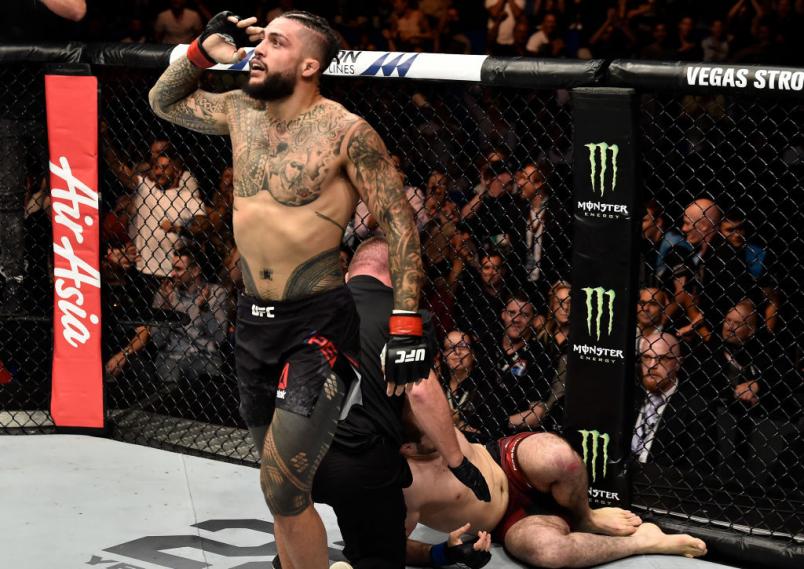 In a light heavyweight matchup, former champion Mauricio “Shogun” Rua looks to rebound from a loss in his last fight as he takes on Australian prospect Tyson Pedro in his own backyard. Rua was on a career resurgence until he ran into Anthony Smith in his last fight and there's little doubt the Brazilian legend wants to wash the bad taste of that defeat from his mouth. Pedro is in a similar situation after bouncing back and forth between wins and losses in his last four fights, including a heartbreaking defeat to Ovince Saint Preux his last time out. With redemption on the line, expect “Shogun” and Pedro to pull out all the stops to get the job done in this one.

Both Jake Matthews and Tony Martin have found new life in the welterweight division with five consecutive wins between them. Matthews has been a mainstay on many of the UFC cards in Australia and he pulled off a Fight of the Night showing in his last fight there in early 2018. Martin has looked better than ever while competing at 170 pounds, and he's still improving while working alongside the coaches at American Top Team in Florida. This could be a statement victory for whoever comes out on top, as Matthews and Martin both look to make waves in the welterweight division. 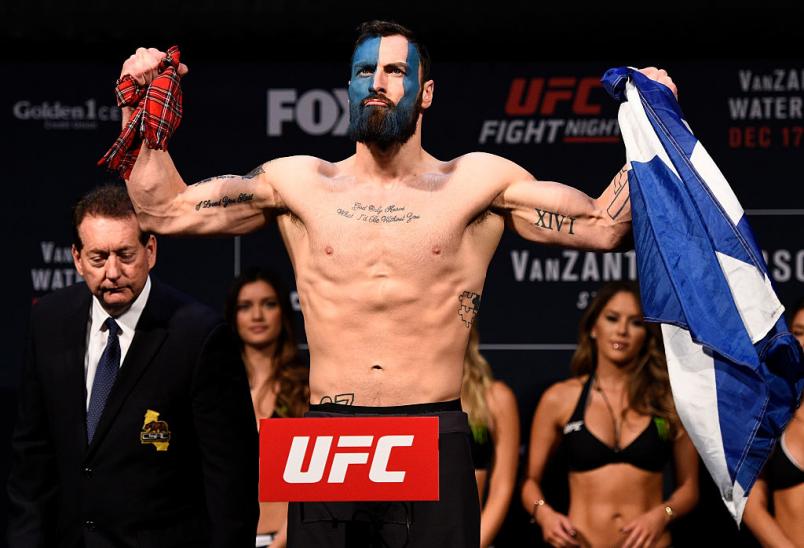 Undefeated Australian prospect Jimmy Crute will look to build on his dominant performance as part of Dana White's Tuesday Night Contender Series when he makes his official UFC debut against Paul Craig this weekend. Crute has earned eight victories in his career with five of those ending by way of knockout or submission. He'll have his hands full in his first fight inside the Octagon as he takes on a veteran in Craig, who is a submission specialist with a nasty armbar and a slick triangle choke finish on his UFC resume.

Former Ultimate Fighter competitor Suman Mokhtarian will make his UFC debut this weekend while taking on a Dana White’s Tuesday Night Contender Series veteran in Sodiq Yusuff. In his career, Yusuff earned four finishes by knockout and he'll definitely be gunning for his fifth this weekend. Mokhtarian will attempt to stop him while trying to keep his own perfect record intact in front of a home audience in Australia.

Former title challenger Yushin Okami will look to build on his last win against Dhiego Lima when he returns to action this weekend against undefeated Russian prospect Aleksei Kunchenko. Throughout his career, Okami has proven to be a tough out for anybody from light heavyweight all the way down to welterweight, where he's now competing. He'll have his hands full with Kunchenko, who holds a perfect 19-0 record, including an impressive win over perennial contender Thiago Alves in his UFC debut. 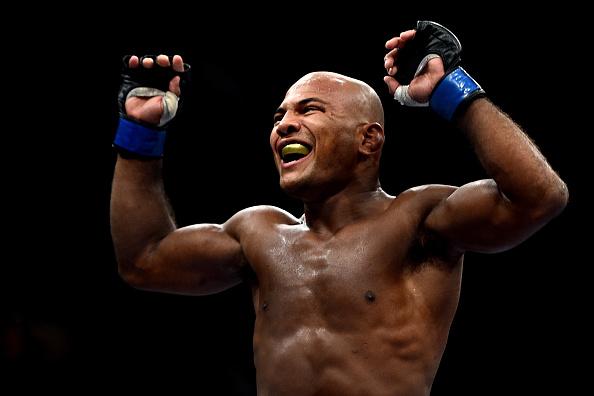 It's been a tough stretch for former title contender Wilson Reis over his last few fights as he's dropped three in a row while taking on a murderer's row of opposition at flyweight. He'll attempt to return to the win column while taking on local favorite Ben Nguyen, who is one of the flashiest knockout artists in the division. Nguyen is a dynamic striker with a very underrated ground game, but he'll probably want to avoid going to the mat in this fight, as Reis employs some of the best Brazilian jiu-jitsu in the world at 125 pounds.

In his 31st professional fight, Mizuto Hirota will attempt to erase the bad memories from two straight losses after putting together an impressive undefeated run through six performances between 2014 and 2016. He'll take on Christos Giagos, who returned to the UFC in September but fell short in his fight against Charles Oliveira in Brazil. Now Giagos will clash with Hirota in a battle between two veteran lightweights.

Former Ultimate Fighter competitor Kai Kara-France will finally get his chance to compete in the UFC following five straight wins, including three finishes in the flyweight division. France is a lightning-quick striker with dynamite in his hands, and he'll look to use that against late notice replacement Elias Garcia, who took this fight just recently. Garcia is 6-1 in his career, but came up short in his UFC debut back in July.

Keita Nakamura has faced virtually every kind of opponent in his career over more than 40 professional fights, but recently he's been on a rollercoaster ride, bouncing back and forth between wins and losses over his past six fights. This weekend, he'll look to get back on track from a loss in his last fight as he takes on second-time UFC fighter Salim Touahri. While he came up short in his debut, Touahri had won five in a row prior to that setback, including four by knockout.