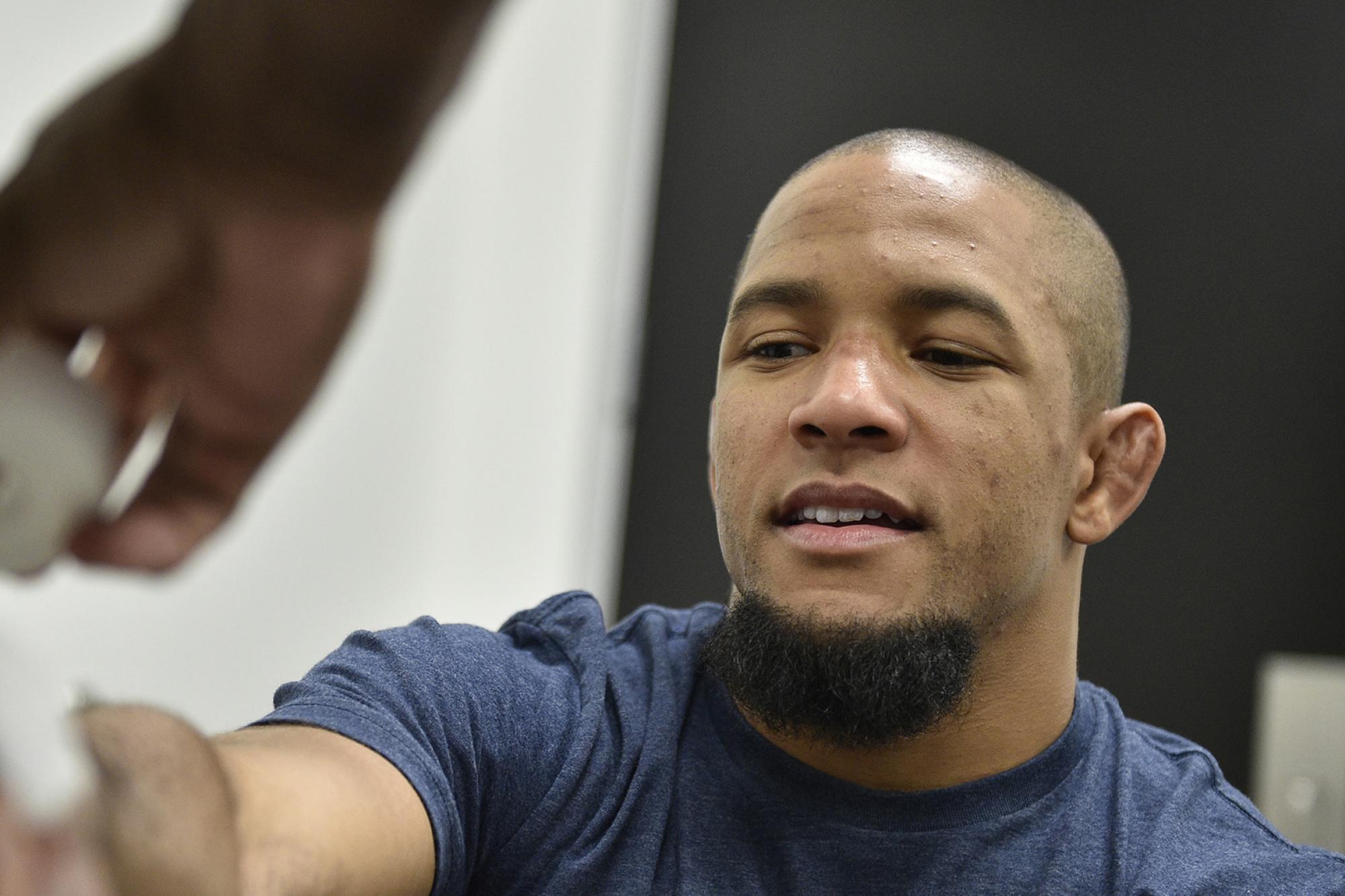 Tony Gravely Is Ready To Get The Ball Rolling

After the longest layoff of his career, bantamweight Tony Gravely believes he's ready go from prospect to contender.
By E. Spencer Kyte, on Twitter @SpencerKyte • Nov. 12, 2020

Tony Gravely’s initial reaction to getting submitted in his UFC debut was about what you would expect from someone who earns his living in a competitive arena: a mix of frustration, disappointment, and motivation that left him seeking answers to questions he didn’t know he needed to be asking prior to stepping into the Octagon against Brett Johns at the end of January.

But now, 10 months later, as he readies to step into the UFC cage for a second time against Geraldo de Freitas this weekend in Las Vegas, the 29-year-old bantamweight is able to recognize the positive moments he experienced in his debut and the opportunity for growth that landing on the wrong side of the results against “The Pikey” provided him.

“I’m extremely grateful for the opportunity that I had,” said Gravely, who earned his place on the UFC roster with a third-round submission win over Ray Rodriguez on the third season of Dana White’s Contender Series. “I got to be on the ESPN pre-show, I got Fight of the Night, I got to fight in front of a lot of people that I’ve known my entire life, so overall,  if I’d have won, it would have been the perfect scenario.

“There were a lot of things I took away from it, but for the most part, it was gauging myself and where I am,” he added. “I would say that was my toughest fight to date and I think Brett Johns is an incredibly tough opponent — at one point he was ranked — so it kind of gives me a gauge of where I am in the division.”

No fighter wants to make excuses coming off a loss and fight fans are usually loathe to hear any of the explanations athletes have for why they came up short in the cage, but the reality is that there are countless variables that contribute to how those 15 or 25 minutes inside the Octagon play out and, many times, there are hiccups and hardships along the road to competing that can have a serious influence on a competitor’s performance that shouldn’t be brushed aside or summarily dismissed. 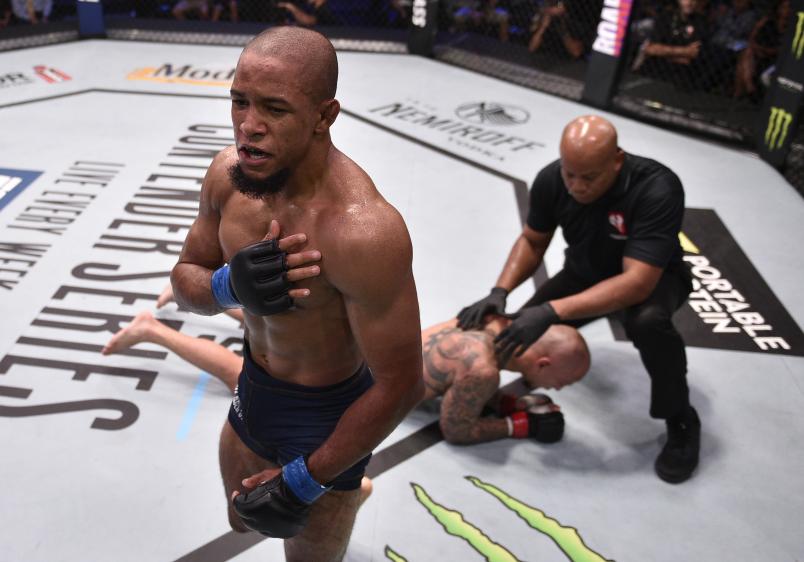 Tony Gravely celebrates after his victory over Ray Rodriguez in their bantamweight bout during Dana White's Contender Series week 8 at the UFC Apex on August 13, 2019 in Las Vegas, Nevada. (Photo by Chris Unger/DWCS LLC/Zuffa LLC)

In advance of his bout with Johns, Gravely dealt with the loss of his long-time coach, Jearl Sutherland, along with a collection of the small personal issues that individually are nothing more than annoyances, but can prove to be distracting and dispiriting when combined together amidst an already stressful experience.

“He was one of those old school, hard-nosed guys and was always really tough on me, and I like that because the coaches that I had growing up were always like that,” he said of Sutherland. “He was more than just a coach to me — he was almost like a father figure — so it was hard. It was completely different not having him in my corner, especially for something this big because he knew what it meant to me and I know it would have meant a lot to him.

“It was really hard preparing, but I tried my best to hold it together so I could do it for him. It didn’t work out in my favor, but I would like to say that he’s still proud of me and I still fight for him.

“I still think about him every day and on this one, I’m going to win it for him.”

While the result wasn’t what Gravely had hoped for in his promotional debut, his performance showed why so many observers were keen to see the former CES champion and Contender Series graduate compete at the UFC level.

Over the first two rounds, Gravely battled tooth-and-nail with Johns, a highly skilled grappler who rocketed into the Top 15 in the talent-rich 135-pound weight class before a two-year absence following knee surgery relegated him to the background in the bantamweight division. The scramble-heavy frames illustrated that the Virginia native could hang in the clinch and on the mat with one of the top grapplers in the division, and though he slowed in the third and ultimately succumbed to a rear-naked choke, it was an outstanding debut effort against a dangerous foe. 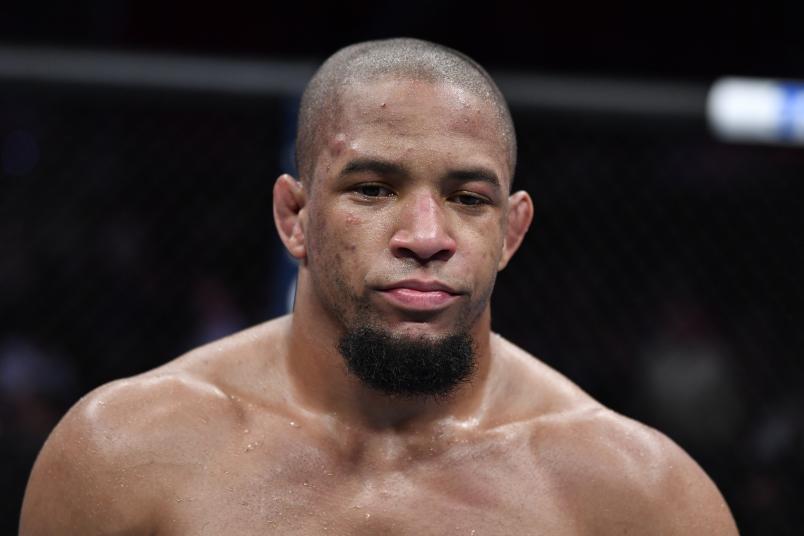 Tony Gravely reacts to his submission loss to Brett Johns of Wales in their bantamweight bout during the UFC Fight Night event at PNC Arena on January 25, 2020 in Raleigh, North Carolina. (Photo by Jeff Bottari/Zuffa LLC via Getty Images)

“It didn’t go my way in the third and I got in a bad position and I paid for it,” he said, reflecting on the bout with Johns in January. “Since then, I’ve learned different things about situations that I either need to fully commit to or get out of and different positions where I didn’t know I struggled there and that fight helped me learn.”

Graduating to the UFC and his solid showing against Johns prompted Gravely to make a major life decision this summer, as he and his family relocated to South Florida, where he joined forces with the elite cast of coaches and athletes at American Top Team.

Although he’d experienced a great deal of success overall prior to earning his UFC contract and stepping into the Octagon for the first time, the former Appalachian State University wrestler knew that in order to achieve the professional goals he’s set out for himself, he needed to go from being a big fish in a little pond to a small fish swimming in shark-infested waters on a daily basis.

“At the gym that I used to train at — and I love the gym and I’ve got nothing bad to say about it — I didn’t have as many tough, high-level grapplers and fighters to train with as I do now,” said Gravely, who has spent the last several months training alongside a collection of contenders in Coconut Creek. “I knew at some point I would probably have to leave, but I really made a point to stay at my small gym because I wanted to say that I was able to make it to the UFC without having to move to a big gym.

“People where I’m from, they think that’s super-cool and it’s inspirational for a lot of people to see that I never left Virginia and made it to the big show. I wanted to show them that it’s possible; that if you’re dedicated enough and committed enough, you can do whatever you set your mind to.”

Thus far, the results have been nothing but positive. 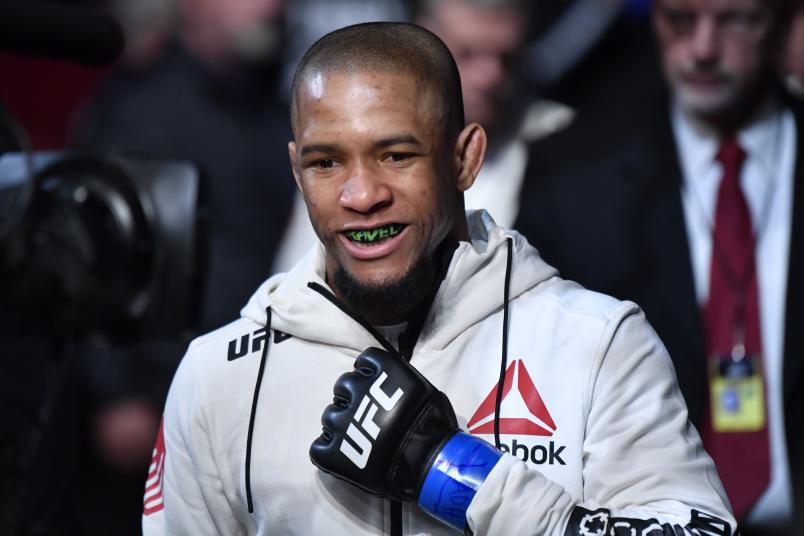 Tony Gravely prepares to enter the Octagon prior to his bantamweight bout against Brett Johns of Wales during the UFC Fight Night event at PNC Arena on January 25, 2020 in Raleigh, North Carolina. (Photo by Jeff Bottari/Zuffa LLC via Getty Images)

“In the weight classes near me, there are so many super-tough guys down there, and two of them are ranked in the Top 10, Marlon Moraes and Pedro Munhoz,” continued the bantamweight hopeful. “Coming in, they’ve taken me under their wings because they know that I work hard and they always make sure to come find me for sparring rounds or grappling rounds, which is bittersweet because it’s like, ‘Ah man, it’s cool to help them, but these guys are really tough and it’s going to be a hard round.’

“But that’s what I’m there for — I’m there for tough rounds and to go with guys like that and Kyoji Horiguchi and Alexandre Pantoja, who have been a huge help for me getting ready for this fight.

“You know that no matter what, when you go out there, you’re going to get a good training session,” he added. “Some days go your way, some days don’t, but you learn from each round.”

And those positive gains, combined with his track record on the regional circuit, have fans and observers excited to see what the talented bantamweight can do in his sophomore appearance and beyond.

Gravely is one of the outliers in the collection of talent to matriculate to the UFC via the Contender Series in recent years.

While many of his fellow graduates have been prospects in the early stages of their professional careers, Gravely had already amassed an 18-5 record over the course of a five-year run on the regional circuit, with his setbacks coming against a collection of talented competitors who currently sport a combined 82-17 record, including streaking UFC bantamweight Merab Dvalishvili and recent Bellator title challenger Patchy Mix.

He’s fought a tough slate throughout his career and after facing a former Top 15 talent in his maiden voyage into the Octagon, Saturday’s bout with de Freitas in Las Vegas is an opportunity for Gravely to get back into the win column, showcase the improvements and adjustments he’s made since relocating to South Florida, and establish himself as another in the growing number of promising new additions to the UFC bantamweight ranks to watch out for in 2021 and beyond. 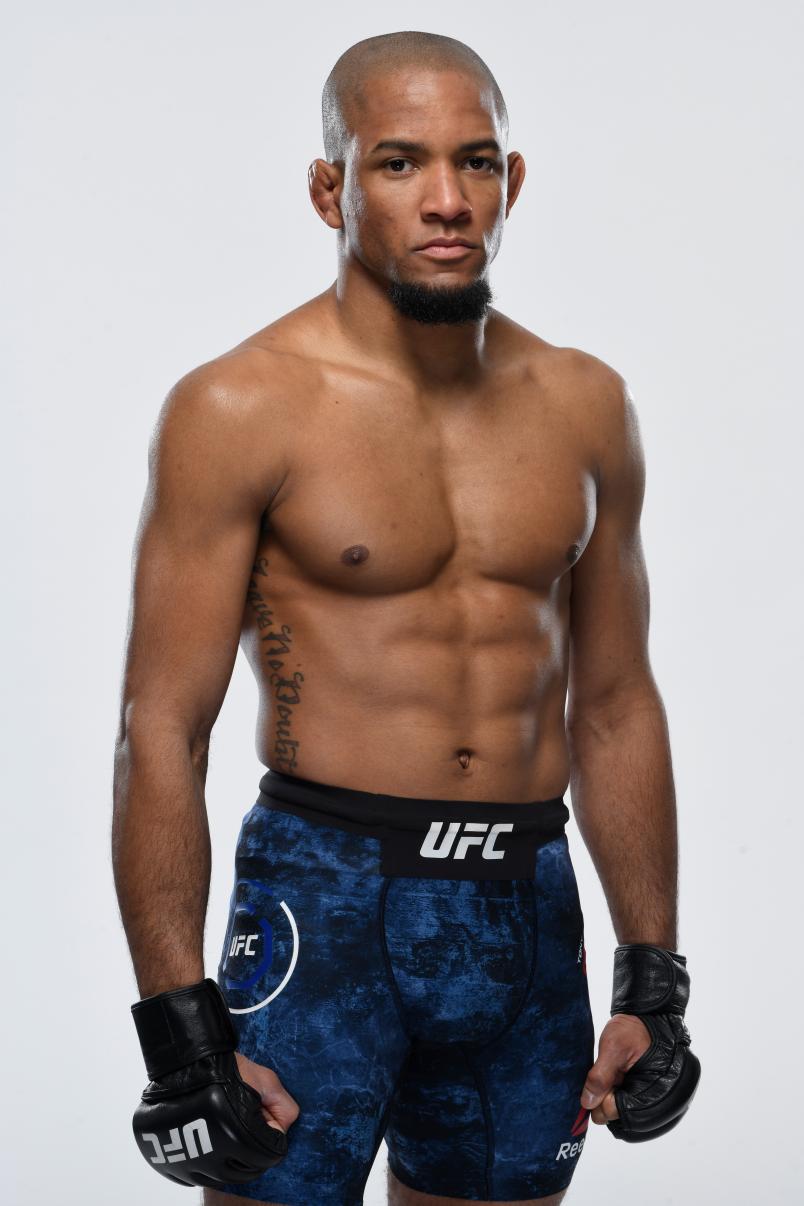 Tony Gravely poses for a portrait during a UFC photo session on January 22, 2020 in Raleigh, North Carolina. (Photo by Mike Roach/Zuffa LLC via Getty Images)

“I’ve been dying to fight since the last fight,” admitted Gravely, who has dutifully spent his first few months in Florida watching others prepare for their bouts while waiting for his opportunity to return to the Octagon.

“Once we moved, I was finally able to get into a good routine. I wanted to be in shape to fight, but if you’re not fighting, your job is to also be a good partner and help other people train for their fights, as well, so if you’re helping someone that is getting ready, you have to be in good shape, getting better and you’re trying to match that.

But now it’s his turn, and Saturday night can’t get here soon enough.

“I’ve been ready for a while now — this is the longest layoff I’ve had — and I’m just excited for the opportunity to finally get back in there, get my first UFC win, and get the ball rolling.”