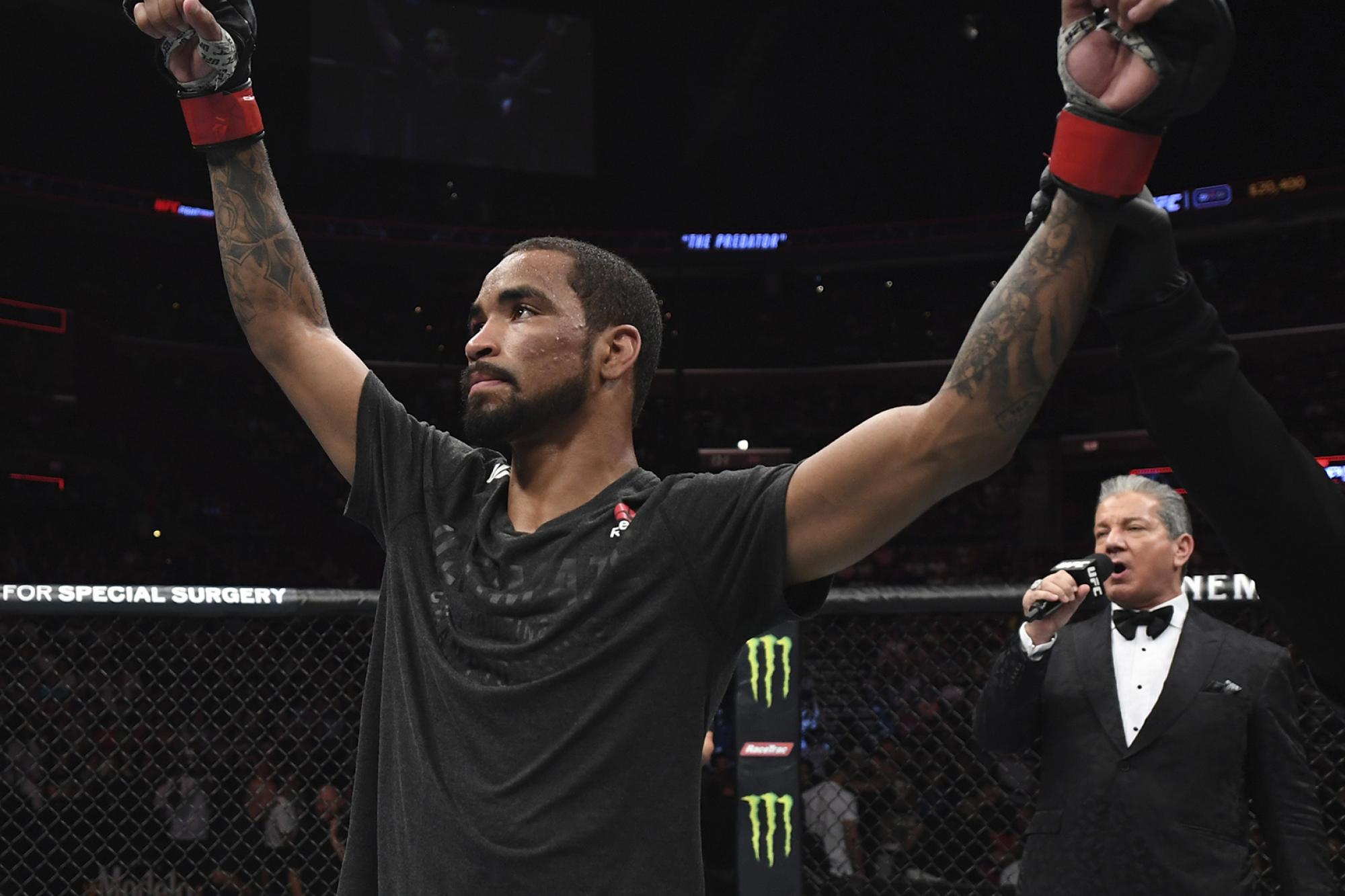 Roberts Is Ready To Get On Track In Moscow

Roosevelt Roberts is excited for the challenge of fighting in Russia, but he's even more excited to bounce back after his first career loss.
By E. Spencer Kyte, on Twitter @SpencerKyte • Nov. 4, 2019

After suffering the first loss of his professional career back in June, Roosevelt Roberts envisioned a perfect way to gain a measure of revenge against Vinc Pichel.

“I was telling my coach, ‘I hope the guy that Vinc is fighting pulls out so I could hop on that and get my rematch,’” said Roberts, who dropped a unanimous decision to the TUF 15 alum earlier this year. “But it happened the opposite way around.”

Rather than stepping in to face Pichel, Roberts is replacing Pichel, venturing to Moscow, Russia in his place to square off with Alexander Yakovlev on the preliminary card portion of this weekend’s event at CSKA Arena.

“Coming from where I come from down in Miami and not really doing anything with my life and now I’m going to Moscow, Russia, it’s amazing; it’s a blessing,” said Roberts, who was tangled up in the street life in Florida prior to the birth of his daughter, which served as a catalyst for him to move back to California and eventually pursue a career in mixed martial arts. “It’s crazy because whenever I say Moscow, I never would have thought I would be over there.

“Now that it’s happening, it’s surreal. I can’t wait to be out there, see the different lifestyle, different people and then get in there and put in work.” 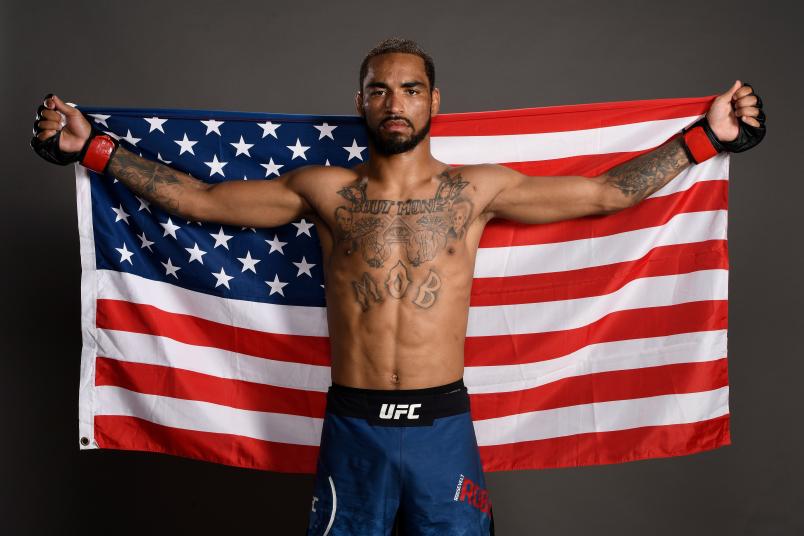 Highly regarded following a sensational performance on Season 2 of the Contender Series and a pair of strong efforts in his first two UFC starts, the combination of Pichel’s experience and Roberts coming in flat resulted in the veteran getting his hand raised and the lightweight prospect tasting defeat for the first time.

“That fight was on my mind for a long time,” admitted Roberts. “It bothers me a little bit because I feel like I did good in that fight — I’m not saying that I did bad or I got get beat up or anything, I just knew I could have pushed myself more than I did, so I was disappointed in myself.

In a sport where no one goes undefeated, futures can often be dictated by how a fighter handles losing — the way they break down their performance, the changes they make afterwards and the way they process being on the wrong side of the results. 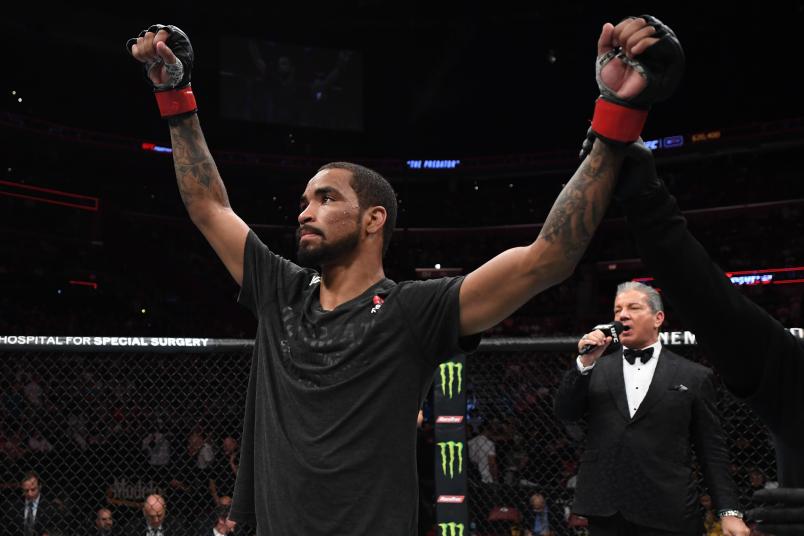 While the old adage says, “You learn more from your losses than your wins,” the reality is that you only learn if you’re open to accepting defeat and learning from it, which is exactly what Roberts has done in the four months since losing to Pichel.

“(Losing) put something in me that has given me more of a drive now because I don’t want to lose any more,” he said. “I can’t be going in there unfocused. I work harder now. I look at myself in the mirror and tell myself, ‘We’ve got a fight and we have to go in there and do what we have to do.’

“I definitely feel like me taking that loss at this time in my career — when I’m so young and I’m still learning and still growing as a fighter — it was the perfect time for it to happen. Don’t get me wrong, nobody likes to lose, but I feel like if I had to, that was the perfect time because now I know what I have to do, need to do in order to become a better fighter mentally and physically.

“That loss doesn’t define me as a fighter or as a man.”

The hectic schedule and never-ending quest to discover the future stars of the sport can make maintaining a wide-angle view of a fighter’s career challenging at times, as each bout is viewed as a treatise on where they fit in their respective division. But the reality is that no one’s rise to the top has been a linear progression and few athletes make a truly significant impact during their first year on the UFC roster. 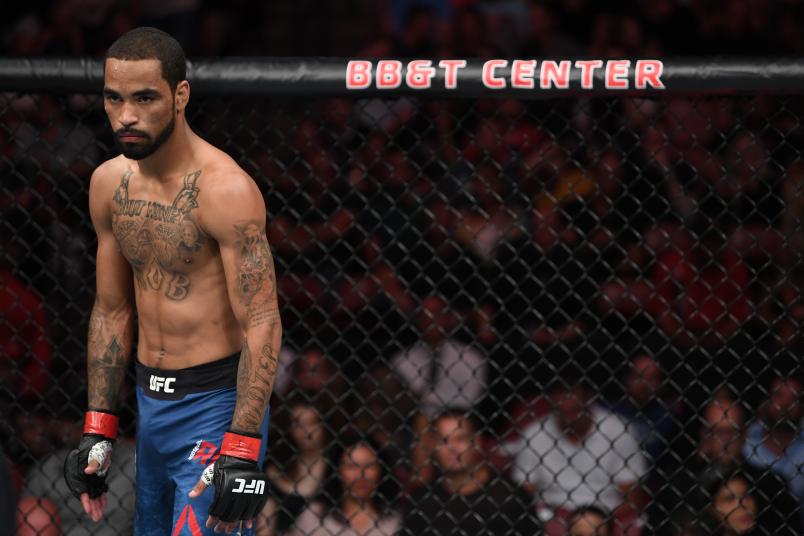 So while that night at the end of June was a disappointment, both to Roberts and the pundits who tapped him to beat Pichel and ascend to great heights in the lightweight division, the macro view of his career-to-date offers a very different perspective, one that excites Roberts as he readies to return to the cage.

“After turning pro, I fought five times and then I got a Contender Series fight and then I had my first UFC fight,” said Roberts, whose UFC win over Darrell Horcher came two years, one month and eight days after his professional debut. “I had a little setback, but that doesn’t define me as a fighter and every time I’m just going to get better.

That includes his bout with Yakovlev, who returned from a more than two-year absence in April, dropping back down to lightweight and securing a second-round submission win over Alex da Silva in St. Petersburg.

It’s an interesting matchup in terms of the “Tale of the Tape,” as for the first time in his career, Roberts won’t be entering the cage with a considerable height advantage, as both he and Yakovlev stand six-foot-one.

“I feel like his height and his reach are not going to be something that’s weird because I’m already used to sparring with people that are taller than me, like Jalin Turner and Curtis Millender,” offered Roberts. “I’ve got all these guys that are taller, longer, faster, hit harder, so I feel like this is the perfect matchup for me because now I can actually get inside, work some of my boxing and not have to worry about him dropping down for a shot because he’s taller, so I’ll be able to see it a little better than I would against someone who is shorter than me. 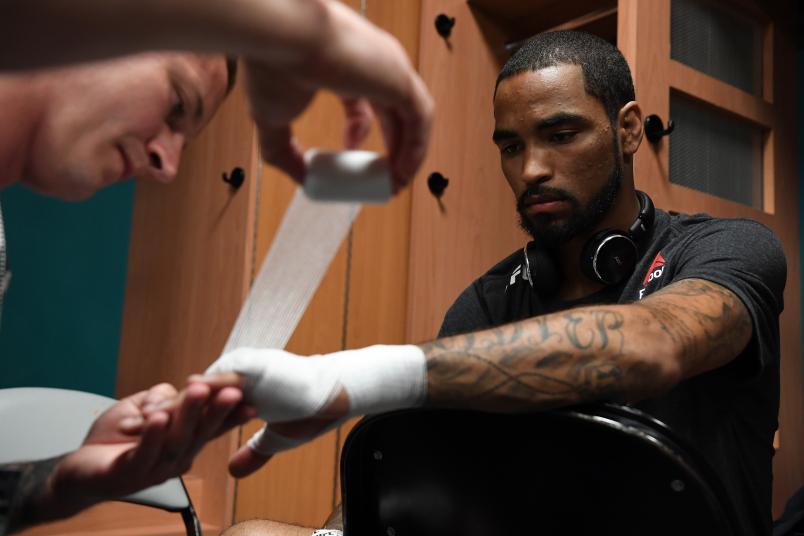 “I think this is going to be an amazing fight and the fight that I needed,” he added. “I think that he’s going to bring it and I’m ready to go in there and get back to where I was at.”

Although another cycle of the Contender Series has come and gone, it’s still less than a year since Roberts made his first official appearance in the Octagon and despite his setback in June, the promising 25-year-old remains confident that he can close out his rookie campaign as a member of the UFC roster on a high note and set himself up to make more progress up the lightweight ranks in 2020.

“Losses need to happen,” Roberts reiterated. “It sucks when they happen, but sometimes they need to happen so we can see things we need to adjust. People need to understand that I’m always going to come back better; I’m never going to regress.

“Going out there, getting a win, proving that I belong, showing that I’m getting better every time I’m out there is the icing on the cake. It’s going to make everything perfect for next year.

“All I have to do is go in there and be me — be aggressive, move forward, throw a lot of volume,” he added. “When I go in that cage, all I need to do is be me. Don’t try to be somebody I’m not, throwing all this crazy stuff, trying to be too fancy — just go in there, execute the game plan me and my coaches put together and be me.”