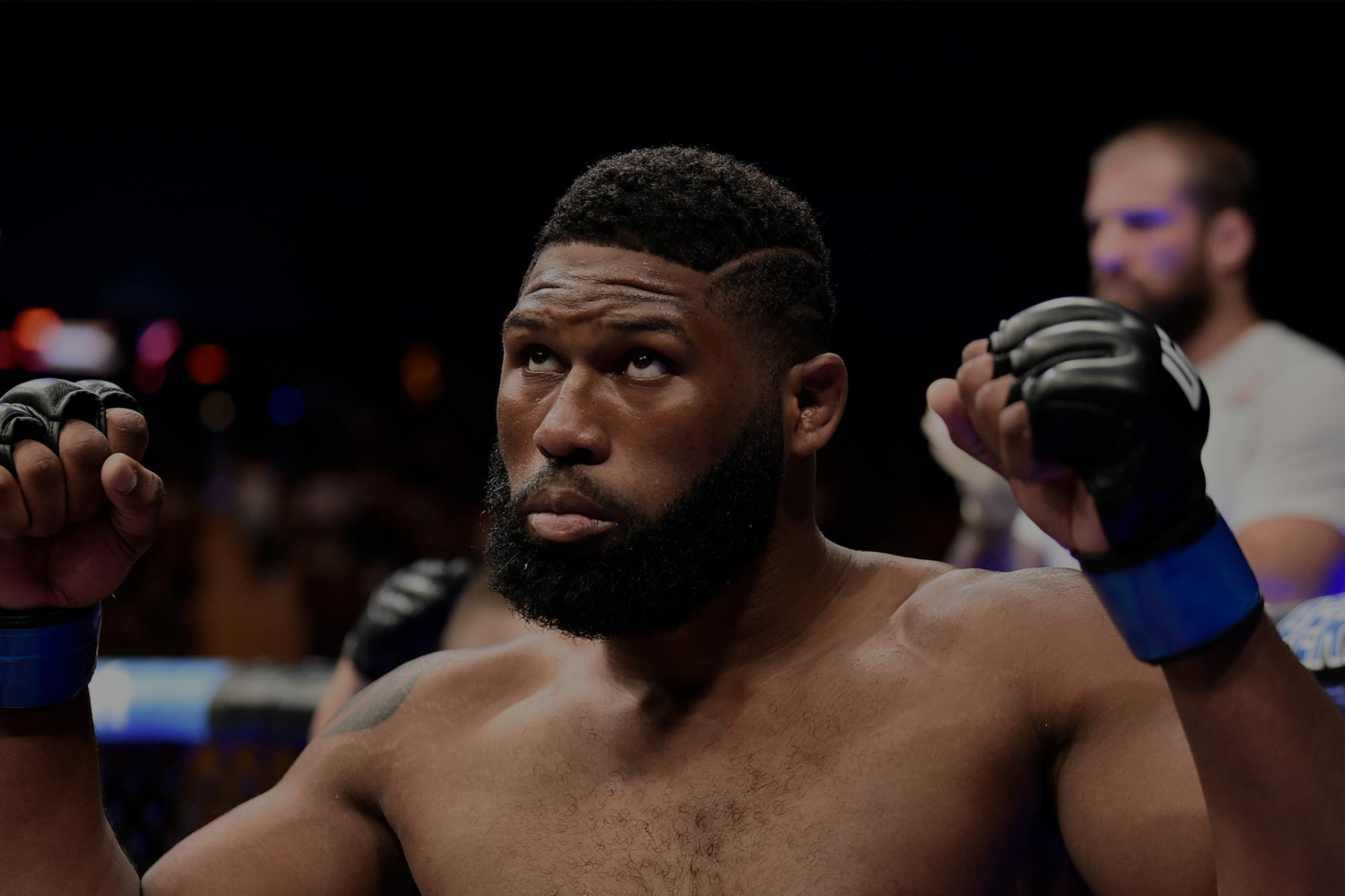 Blaydes wants to erase his one loss before moving on to a title shot.
By Gavin Porter • Nov. 21, 2018

It’s been over two and a half years since UFC heavyweight Curtis Blaydes suffered the only defeat of his career. Since that loss to Francis Ngannou, ‘Razor’ has been cutting through the division. He is 5-0-1 in his last six fights, including the destruction of Alistair Overeem, Aleskei Oleinik and Cody East.

Blaydes said that he wouldn’t take a fight unless it was a title shot or against the one man who tarnished his perfect record. After his loss at UFC 226, Ngannou decided to oblige Blaydes and the two agreed to run it back at UFC Beijing this Saturday, November 24th.

With a win, Blaydes likely will be in line for the title shot he wants but that’s not what is motivating him. He wants to erase the only loss of his career before he makes a push for the heavyweight belt.

We caught up with Blaydes to discuss the first match-up between him and Ngannou, why this fight will be different and how he is has improved since the first time they fought.

UFC: Good to see you Curtis. How is Denver and what’s it like to be training with Overeem at Team Elevation?

CB: The weather has been great and it’s nice to train with Alistair. He is a good guy and has a wealth of MMA knowledge and I’ve been putting that to good use.

UFC: Before this fight was made you said that the only fights that interested you were a title shot or running it back with Francis Ngannou. Why was a rematch with Francis the only other fight that you wanted?

CB: I mean if I’m not going to get a chance for the belt then I might as well erase a loss.

UFC: What’s the biggest difference between this fight and the last one?

CB: I’m a complete MMA fighter. The last time I went in there I was legitimately just a wrestler and now I have actual boxing skills, kickboxing skills and jiu jitsu skills. So I’m just a different fighter. 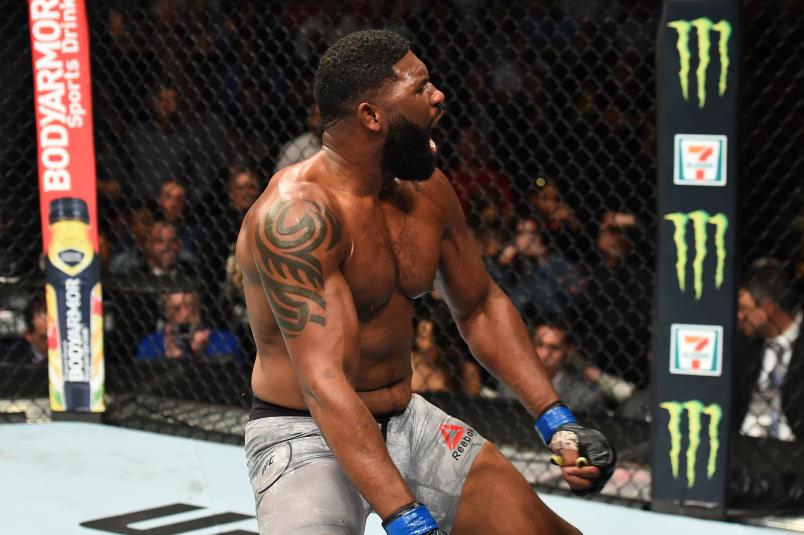 CHICAGO, ILLINOIS - JUNE 09: Curtis Blaydes celebrates after defeating Alistair Overeem in their heavyweight fight during the UFC 225 event at the United Center on June 9, 2018 in Chicago, Illinois. (Photo by Josh Hedges/Zuffa LLC via Getty Imag

UFC: Francis said that you’re a really smart fighter and that you’ve continue to improve since the two of you fought. Do you think he has improved?

CB: I think he’s shown he can be smart but his last two fights he didn’t. I hope he comes as the best version of himself so when I win there won’t be any excuses.

UFC: Where do you believe that there is an advantage for you in this fight?

UFC: You’re a soft spoken guy but transform right as soon as the door closes. How do you do hit that switch?

CB: Money is on the line. Paycheck. Now that I’ve become a dad I can’t afford any let downs. I have a daughter and have to provide for her.

UFC: What’s the biggest difference between this fight and the first one?

CB: The biggest difference between this fight and last fight is that when I get the takedown I know what to do with it now. I know where I should put my hands, I know where to position myself in order to effectively hold him down and strike at the same time.

UFC: Francis wants to prove that he is better on the ground than people think. What do you think about that?

CB: I’d love to put that to the test.

Make sure you tune in to watch Curtis Blaydes run it back with Francis Ngannou in the main event of UFC Beijing. The main card starts at 3:30/6:30 am ETPT on UFC Fight Pass.