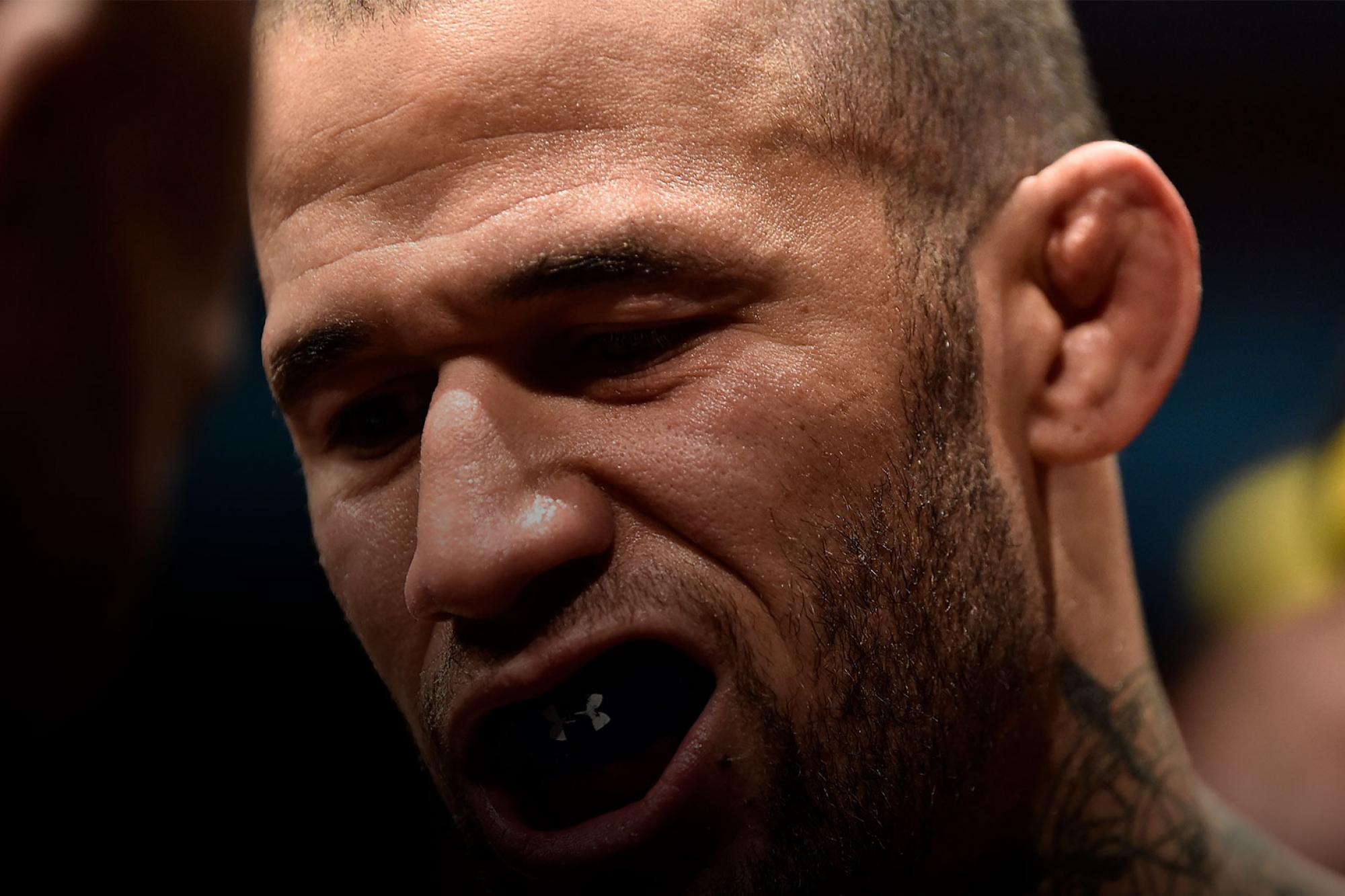 With all the life restrictions surrounding the pandemic, Eric Spicely has been able to put all his focus onto one thing: training
By Thomas Gerbasi, on Twitter: @TGerbasi • Jul. 29, 2020

Some people wait for life to come to them, content to sit and watch as the world goes by.

Eric Spicely is not one of those people. The UFC middleweight has packed a lot of living into his 33 years on this planet, living that would make a heck of a book one day if he could be convinced to write it all down.

So when the COVID-19 pandemic hit earlier this year, someone like Spicely was going to feel it a little more, simply because going out and experiencing the world around him wasn’t an option for him anymore.

“It's been terrible, for sure,” said Spicely, who returns to the Octagon on Saturday to face Brazil’s Markus Perez. He was supposed to be back to work in March before the pandemic scrapped his bout with Roman Kopylov in Columbus.

“I had all these plans to fight, then I was gonna go travel,” he said. “My camp was booked, I was gonna go to Thailand to train at Tiger Muay Thai and then the coronavirus happened and my layover was in Wuhan, China, so they canceled everything, I lost all this money. The airline wouldn't refund me, the place where I was gonna stay didn't refund me, and then I couldn't fight so I didn't make any money.” 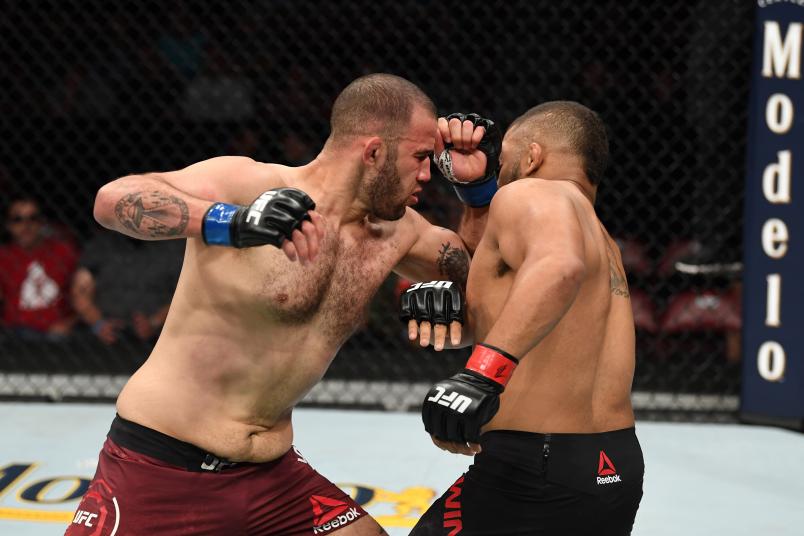 MORE FROM UFC VEGAS 5: Fight by Fight Preview | Fighters On The Rise | Free Fights: Brunson vs Machida | Shahbazyan vs Jones

And when he returned to his adopted hometown of Montreal, that was shut down, too.

“It was very different because what I love about Montreal is that it's so alive and there's so much going on, so much culture, and there's so many different little areas where you can go and it feels like you're in Europe. And it was like a ghost town.”

In response, Spicely did the only thing he could. He trained, trained, and trained some more. That wasn’t easy in a city in lockdown, but Spicely and Tristar teammates Andrew Sanchez, Geran Buckner and Joe Duffy made it work. And he has no complaints.

“We had unlimited time to have the gym to ourselves and peace and quiet for hours a day,” he said. “And I feel like now is as good a time as any to be an MMA fighter. There's guys getting signed because they need so many fighters, people are falling out, people can't get out of the country to go fight, so I think this is the best time, more than ever. And I think the time off has really helped me evolve. I've gotten so much better in this time. It was like a break from the daily grind. I got a chance to really learn and really work on the stuff I was lacking in and there's literally nothing else to do in the world than train.”

Spicely wasn’t all work and no play over the last few months, though. He rode his bike daily through Montreal and worked on his photography. When that was done, it was back to the gym.

“We got so much better,” he said. “We all know how to fight, and we just had a chance to be free and work on things. I feel so much better and I feel like no matter what happens in this fight, I'm gonna be happy, regardless, of the outcome.”

Of course, the outcome Spicely wants is a victory, especially since he hasn’t had his hand raised in the Octagon since he submitted Alessio Di Chirico in January 2017. That factoid comes with an asterisk, though, as Spicely finished two fights on the regional circuit in 2019 before getting called back to the UFC for a June 2019 bout with Deron Winn which garnered the pair Fight of the Night honors. But yeah, returning to the UFC win column would be nice, and doing it in an environment similar to when he competed on The Ultimate Fighter in Las Vegas in 2016 would be nice for sentimental reasons.

“I am kinda sentimental like that and I hang on those kinds of things,” he admits. “But I've been trying to keep an open mind. This is such an unprecedented time and I'm just taking it as it goes. I just show up to the gym every day and train, I'm pretending like I'm gonna fight (Laughs) and I'm gonna try my best to win and whatever happens happens. I'm just hoping to fight and hoping for a great outcome.”

Spicely is in Vegas and barring any disasters, he’s going to get into a fight on Saturday. It’s not going to look like anything he’s seen before, just like there’s the possibility that nothing will ever look the same as it used to. Spicely has come to terms with that, and the way he sees it, he’s still going to fight. Sure, the fringe benefits are nice, but they’re just that, fringe benefits. And that’s not why he’s here.

“Before you get to the UFC or a bigger league, it's pretty dismal,” Spicely explains. “You're fighting in some very sketchy places. I fought in some places that didn't have locker rooms, no places to warm up, there's maybe 500 people there and there's never a guarantee that this sport is gonna work out and you'll be able to make a living. I've been very fortunate to have not had a job in five years outside of fighting, I got to travel the world, and if you really love something, you would do it regardless of all the great things that come with it. I would do this for free, anyway. So just being able to do it and get paid for it is an added bonus. I never had any idea this would work out, and if you truly love it, you would do it regardless if things never were the same again.”