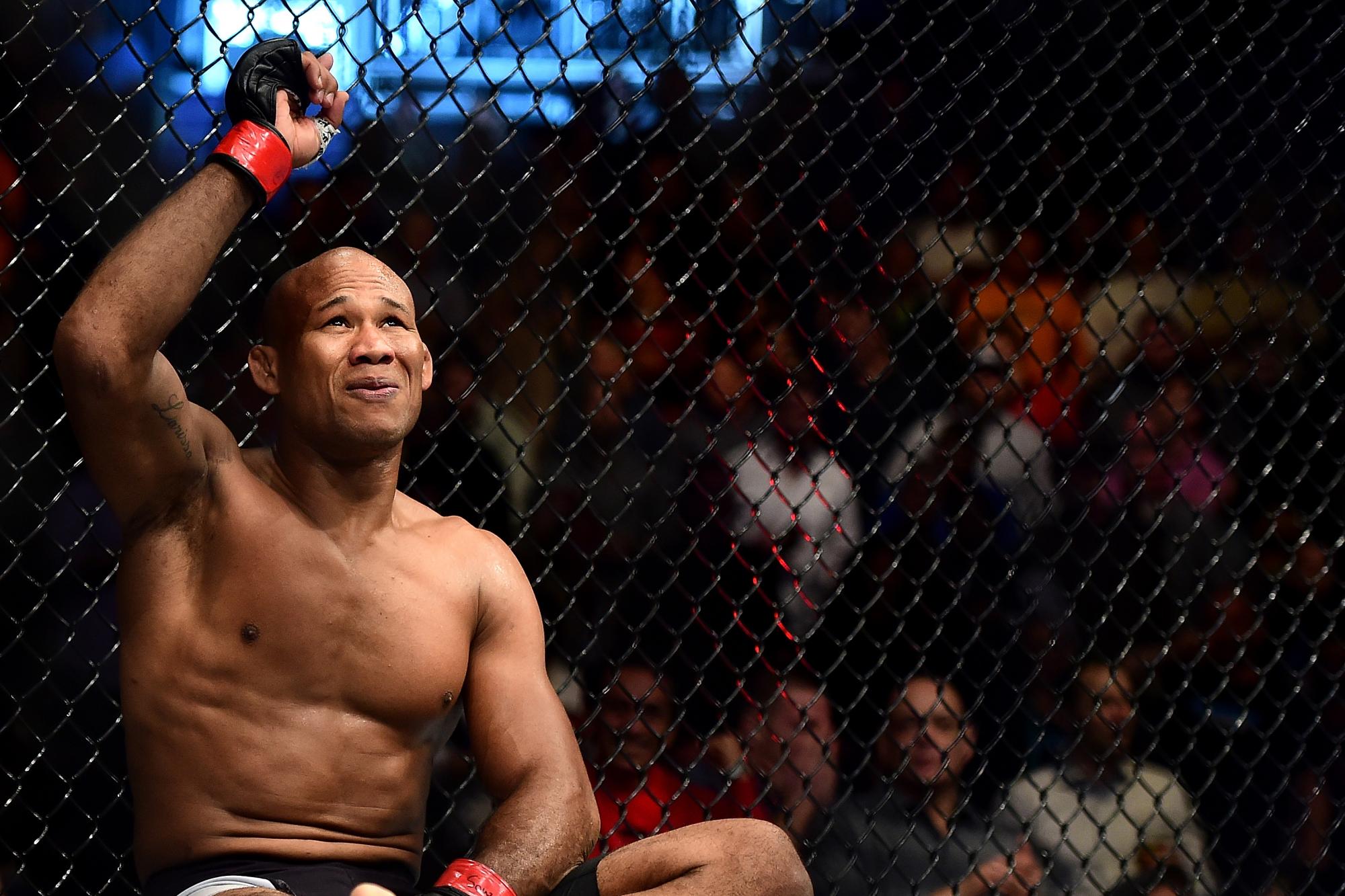 Ronaldo “Jacare” Souza isn’t the kind of guy that fighters are rushing to face under normal circumstances and there are even fewer competitors who are champing at the bit to step into the cage with the tenured middleweight contender on short notice.

Paired off against Yoel Romero in a rematch of their tightly contested, heavily debated bout from UFC 194, Souza found himself in need of a new dance partner just three weeks out from the event, as Romero was forced off the card due to a bout with pneumonia. While rising star Paulo Costa was rumored as a replacement, that matchup didn’t come together. But there was one familiar name who was quick to offer his services on Saturday night.

Veteran middleweight Chris Camozzi took to Twitter to saying he was willing to step in and face Souza, earning a round of likes and laughs in the process. After being the man to welcome Souza into the Octagon for the first time in May 2015, Camozzi stepped up to face Souza for a second time two years later, replacing Romero on a week’s notice.

The Main Card of UFC Ft Lauderdale Is An ESPN+ Exclusive | Start Your Free Trial Now!

The sequel was no different than their first meeting, as Souza quickly secured an armbar and picked up another victory.

“Don’t do this,” Souza laughed, when told of Camozzi volunteering on social media. “I like Camozzi — he’s a great guy. Enough is enough.”

Fortunately for Souza — and probably Camozzi as well — another man was ready to accept the short-notice opportunity.

Fresh off a first-round submission win over David Branch in the co-main event of last month’s entertaining fight card in Philadelphia, surging contender Jack Hermansson agreed to replace Romero and test his skills against the elite Brazilian middleweight.

It’s a tremendous opportunity for “The Joker,” who has collected three straight stoppage victories to establish himself as someone to watch in the suddenly quite fluid 185-pound ranks.

Scoring back-to-back first-round guillotine choke victories over Branch and Gerald Meerschaert proved he’s dangerous on the ground and capable of getting the better of very strong grapplers. However Souza has long stood as the gold standard on the ground in the middleweight division, which is why stepping up to the challenge of facing him on short notice is a “no-lose” proposition for the Swedish-born, Norway-based ascending talent.

Losing to a Top 5 fixture is nothing to hang your head about, and doing so on short notice makes it even more understandable, while the surge in exposure that comes with competing in this weekend’s main event is an automatic plus for Hermansson and a victory would immediately thrust him into the thick of the title chase.

For Souza, it looks like a high-risk, low-reward venture on paper — a short-notice pairing against a dangerous fighter who just broke into the Top 10; one that he is expected to win that wouldn’t necessarily do a great deal for him in his quest to capture middleweight gold.

But after familiarizing himself with what Hermansson brings to the table, the 39-year-old standout is excited to share the cage with him this weekend and wants to use this bout as a means of forcing the promotion to offer him a championship opportunity if he’s victorious on Saturday.

“Every time is a challenge for me,” said Souza, addressing the shift in opponents and challenges that come with having a limited amount of time to prepare for Hermansson. “The opponent changed, but my mind stayed sharp. The UFC, Dana White, promised me a title shot, so don’t forget about me when I beat this guy.

“I had never seen the guy before, but I’ve watched his game a lot (lately),” he continued. “He’s one of the top fighters right now. I will be ready for him because he’s a dangerous fighter.

“I respect his skills, he has good jiu-jitsu, but I don’t care. I’m going to go there and knock him out, finish him, submit him, smash him; that’s the plan.”

Though he has been considered one of the division’s elite for more than a decade, Souza has seemingly found another gear over the last two years since losing to current titleholder Robert Whittaker and relocating to Orlando, Florida.

Check out the Top 5 finishes from Jacare Souza ahead of his main event fight at UFC Fort Lauderdale.

After knocking out Derek Brunson in his own backyard last January, Souza went shot-for-shot with recent interim title challenger Kelvin Gastelum, landing on the unhappy side of a split decision verdict that many argued should have fallen in the Brazilian’s favor.

Rather than wallow in his misfortune or take a step back, Souza jumped into another “road game” in November, squaring off with former champ Chris Weidman in New York City. Though he got touched up a little in the first, Souza ramped up the intensity and aggression in the second, drawing level with “The All-American” before silencing the Madison Square Garden crowd by felling Weidman with a right hand to the temple midway through the final frame.

“I’m like a fine wine — the older, the better,” Souza said when asked of his recent string of results, which have yielded consecutive Fight of the Night bonuses and a Performance of the Night bonus for his win over Brunson. “I’m in great shape and, right now, it’s a good time for me. I only need time to rest my body (between fights), but I can fight for a long time. My body is okay. My mind is okay. I can fight for a long time.

“When I moved to America, it was great for me. I’m in shape. I have more speed, I have more endurance and I have no more injuries.”

And he has no intention of losing anymore either.

“Right now, I promise you, I will not lose any more,” he said firmly.

If that holds true through this weekend — and Souza is adamant that it will — there is only one thing on his mind for the future.

“I will win and after this fight, I’m ready for my title shot.”