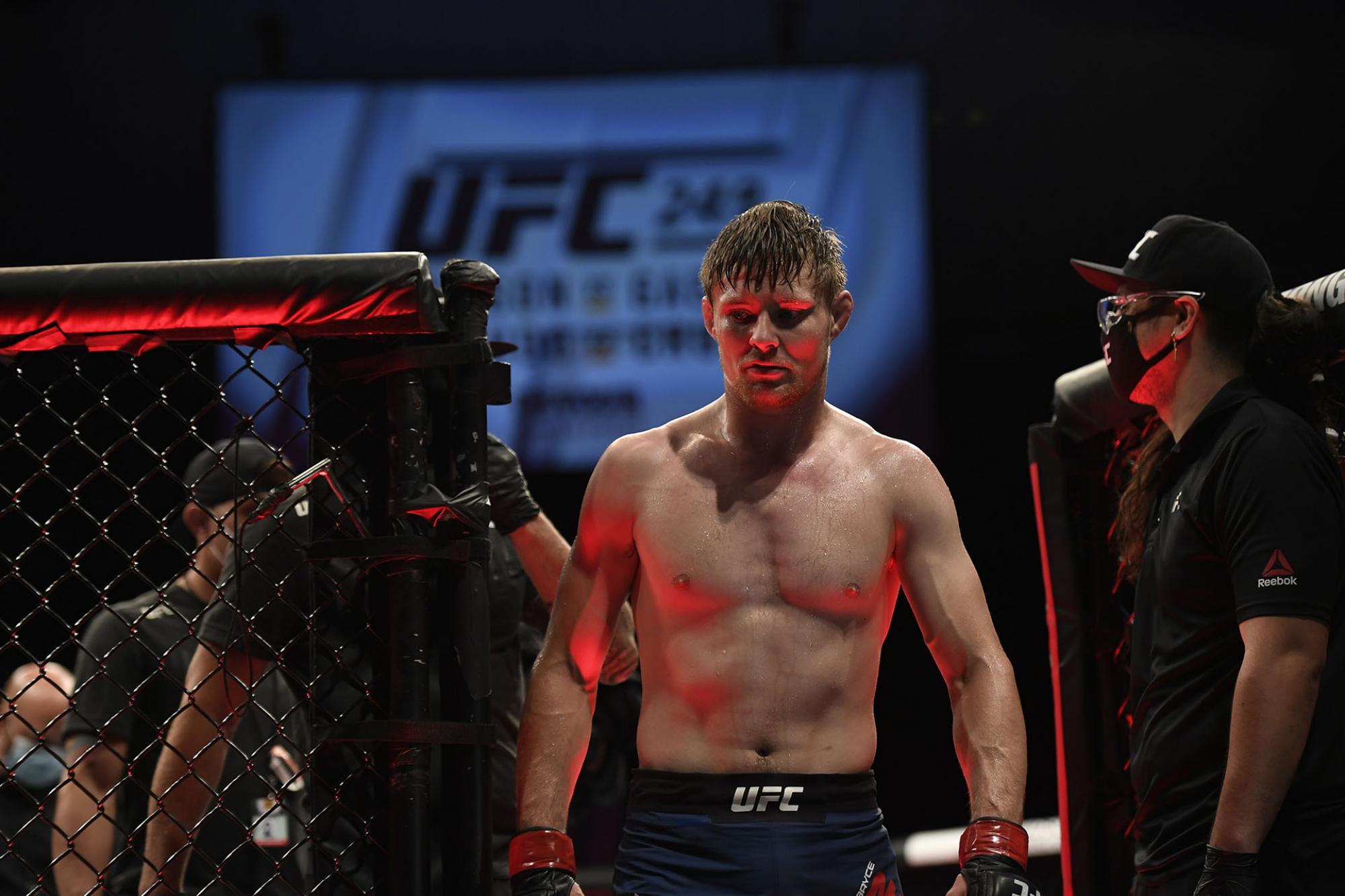 Fighters On The Rise, October 31 Edition

Back in the day, World Championship Wrestling used to run an annual October pay-per-view show called Halloween Havoc, which was automatically my favorite because (1) it’s just a cool sounding name, and (2) my birthday is October 30, so I’ve always had a serious affinity for the night everyone gets dressed up and goes out collecting candy.

In the dozen years the promotion held the event, it never landed on October 31, but this weekend, the UFC does what professional wrestling promoters never did, as for the first time in the company’s history, there will be fisticuffs inside the Octagon on Halloween.

Headlined by what is expected to be the final bout in the illustrious career of longtime middleweight champion Anderson Silva as he takes on streaking Ultimate Fighter alum Uriah Hall, Saturday’s card is laced with competitive matchups across myriad divisions, featuring a strong mixed of familiar faces, emerging talents, and promising upstarts, including a trio of fighters under the age of 30 with an abundance of upside.

Here’s a closer look at those competitors.

This is the October 31 edition of On the Rise.

“Thug Nasty” was already making a name for himself with a pair of UFC victories and his demands for camouflage shorts to wear on fight night when he stepped into the cage last December and locked up Matt Sayles in the second twister submission in UFC history. Back in May, the 26-year-old featherweight followed up his “Submission of the Year” turn with a dominant showing against Charles Rosa at UFC 249, thoroughly outworking the veteran black belt on the canvas en route to a trio of lopsided scorecards and a fourth straight triumph since coming off Season 27 of The Ultimate Fighter.

Saturday night, the Arkansas native faces his most experienced and seasoned opponent to date as he squares off with Team Alpha Male standout Andre Fili in a can’t miss clash that will have immediate ramifications on the rankings in the 145-pound weight class.

Fili has put in a ton of work to shore up his takedown defense over the years and has been a much more confident, calculating fighter over his last half-dozen appearances, which makes him a potentially dangerous matchup for the streaking grappling standout Mitchell as he looks to keep his run of success going and take another step up the divisional ladder.

Folks underrated how impressive his performance against Rosa was in May because the Peabody, Massachusetts native has been limited by injuries and inactivity, but no one questions how talented and seasoned Fili is, and how big a win over him would be for Mitchell. He’s looked lights out over his last two outings and is in that sweet spot in terms of his age, experience, and development where he could make the jump to the next level at any point and no one would be surprised.

In a division loaded with talent and a host of promising, young fighters under the age of 27, Mitchell just might be the best of the bunch. 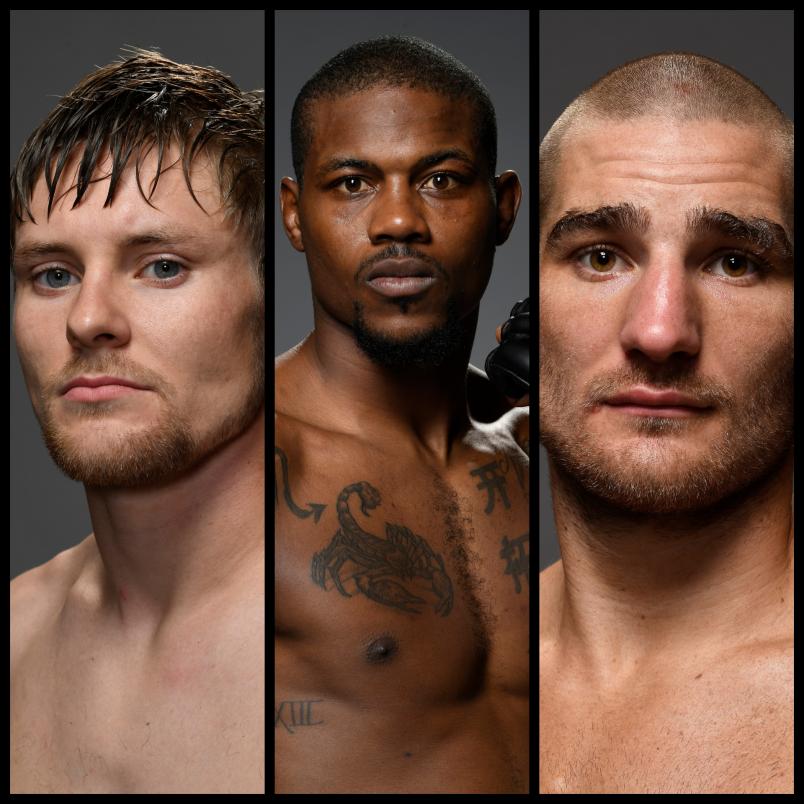 If the athletes on this list were to dress up for Halloween, a case could be made for Holland donning some cargo pants and combat boots to do his best Dante Hicks impression because like everyone’s favorite Quick Stop employee, he’s not even supposed to be here.

Unfortunately, the costume wouldn’t work because unlike Dante, Holland really wants to be working this weekend, as Texas’ “Trailblazer” jumped at the opportunity to replace Krzysztof Jotko opposite Makhmud Muradov this weekend in what is his fourth appearance since the UFC’s early May restart.

The 27-year-old Holland is 3-0 thus far in 2020, bouncing back from a frustrating second-round submission loss to Brendan Allen in his final appearance of last year with stoppage wins over Anthony Hernandez and Joaquin Buckley before edging out Darren Stewart last time out. The former Contender Series competitor is 6-1 over his last seven fights after dropping his short-notice debut to Thiago Santos and he continues to show flashes of top-end potential every time out.

Muradov ran his winning streak to a baker’s dozen with a victory over Trevor Smith last December and is the kind of improving, under-the-radar competitor who could make Holland regret raising his hand when the UFC was looking for volunteers to replace Jotko.

That said, the talkative talent who trains under Travis Lutter has successfully navigated a quick turnaround between his fights with Buckley and Stewart and seems to thrive on staying active, so it will be interesting to see if he can take another step forward in the competitive and crowded middleweight ranks with another short-notice triumph this weekend.

By the time he makes the walk to the cage on Saturday, it will have been two years and four days since Strickland last competed in the Octagon.

Sidelined since defeating Nordine Taleb in a welterweight matchup in Moncton, New Brunswick in 2018, the 29-year-old California native is moving back to the middleweight division, where he began his career with 15 consecutive victories, including wins over Ultimate Fighter alums Bubba McDaniel and Luke Barnatt in his first two UFC appearances.

It’s been a long road back for Strickland, who was injured in a motorcycle accident two months after his bout with Taleb that left him with numerous injuries and in need of a knee operation, however the former promising prospect has worked his way back to the biggest stage in the sport and has the potential to establish himself as a dark horse contender in the 185-pound weight class heading into next year when he takes on Jack Marshman this weekend in Las Vegas.

The Welsh representative is a seasoned veteran and perennial tough out; the exact type of veteran litmus test Strickland needs as he looks to shake off the rust and resume his career on Saturday night.

Still just 29 years old, Strickland is 20-3 overall, having registered victories over seasoned foes like Taleb, Court McGee, and Tom Breese, while landing on the wrong side of the results while going the distance with veteran welterweight contender Santiago Ponzinibbio and current champ Kamaru Usman in two of his three losses.

His injuries and absence have certainly resulted in his slipping into the background, but a dominant showing in his return would have people buzzing about him once more.