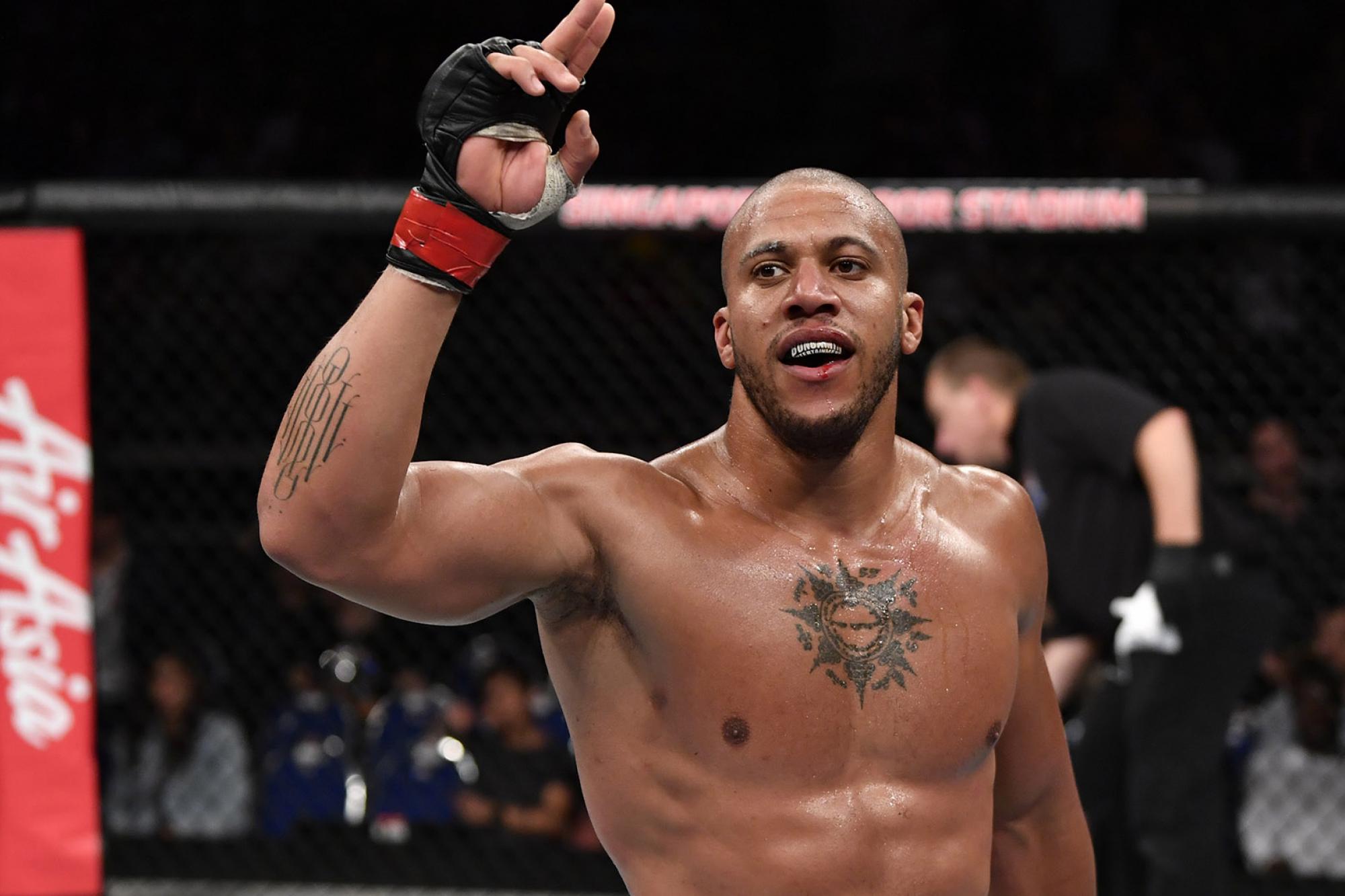 Fighters On the Rise: October 17 Edition

Take a closer look at three fighters poised to emerge ahead of their bouts October 17's Fight Night
By E. Spencer Kyte, on Twitter @SpencerKyte • Oct. 12, 2020

Saturday night’s main event showdown between Brian Ortega and Chan Sung Jung is all kinds of exciting for myriad reasons and carries those “could be Fight of the Year, could end with something incredible early” vibes.

Ortega is fighting for the first time in nearly two years after building a new team around himself, while “The Korean Zombie” is, well, “The Korean Zombie” — a 33-year-old bonus machine coming off consecutive first-round stoppage wins over Renato Moicano and Frankie Edgar.

The final bout of the evening is as close to guaranteed excitement as you can get in this sport.

The other thing I’m sure of is that there will be more than one breakthrough performance before the main event rolls around because the remainder of this weekend’s card from the Flash Forum in Abu Dhabi is laced with emerging talents primed to make a major impression on the UFC audience.

Here’s a closer look at three such competitors.

This is the October 17 edition of On the Rise.

Gane is one of the best prospects on the UFC roster — a 29-year-old heavyweight with a 6-0 record who has only been fighting professionally in mixed martial arts for a little over two years.

He went 3-0 under the TKO banner, claiming the Montreal-based promotion’s heavyweight title in his rookie campaign, then followed it up with three wins in 19 weeks inside the Octagon, capped by a unanimous decision victory over everyone’s favorite Albertan, Tanner Boser. Now, after dealing with multiple fight cancellations due to a persistent pneumothorax issue that required surgery, “Bon Gamin” is ready to make the first appearance of 2020.

Order UFC 254 For Any Device

Because he trains under Fernand Lopez at Paris’ MMA Factory, there have been a lot of comparisons between Gane and the gym’s most famous graduate, Francis Ngannou, but they’re actually quite different. While Ngannou is a freakish combination of size and speed and power who tends to get things done in a hurry, Gane is a more complete fighter that favors technique over brawn, though he too is a physical specimen. Each of his first two UFC wins came by way of submission, including a third-round heel hook win over Contender Series grad Don’Tale Mayes, which he then followed up with a dominant performance against the now-surging Boser.

Originally scheduled to face Shamil Abdurakhimov, the unbeaten rising star will instead face Croatian newcomer Ante Delija on Saturday in what should be a stern test for the talented French fighter.

The 30-year-old Delija is one of the top heavyweights in Europe and riding a three-fight winning streak since returning to action following a two-and-a-half-year hiatus, with victories over Ricardo Prasel, Carl Seumanutafa, and Oli Thompson. He’s 8-1 over his last nine bouts dating back to the early 2014, with his lone loss coming to divisional stalwart Marcin Tybura, and sports a 17-3 record overall.

Gane looked very good the last time he competed on a card headlined by “The Korean Zombie” and if he turns in a comparable effort this weekend, it wouldn’t be surprising to see him land a Top 10 matchup later in the year or early in 2021.

With the light heavyweight division in the midst of a reset following Jan Blachowicz’ impressive title win at UFC 253, Modestas Bukauskas goes hunting this weekend for his second consecutive UFC victory and a place in the Top 15 as he takes on Contender Series graduate Jimmy Crute.

The 26-year-old former Cage Warriors champ impressed in his first foray to Fight Island, dominating Andreas Michailidis over the opening five minutes to the point where he was unable to continue after the first round. It was the seventh consecutive victory for “The Baltic Gladiator,” who was born in Lithuania and fights out of England, and the 10th straight stoppage win for Bukauskas after starting his career with a unanimous decision victory.

Saturday’s contest is no cake walk, however, as he squares off with the 24-year-old Crute, who carries an 11-1 overall record and 3-1 mark inside the Octagon into their clash of emerging light heavyweight talents. Last time out, Crute rebounded from his lone setback with a slick first-round submission win over Michal Oleksiejczuk, and he’s already earned stoppage wins over veterans Paul Craig and Sam Alvey, so this should be a stern test for the streaking UFC sophomore Bukauskas.

The hierarchy in the light heavyweight ranks is changing and while it may sound odd to suggest that someone collecting their second UFC win could crack the Top 15, that’s a real possibility for Bukauskas should he emerge victorious this weekend.

The talent level in the already highly competitive lightweight division increases again this weekend as Gamrot makes the trek to the Octagon for the first time in a clash with fellow newcomer Guram Kutateladze.

Sporting a 17-0, 1 NC record, the 29-year-old Polish fighter held the KSW lightweight title for five years, claiming the belt with a unanimous decision win over Mansour Barnaoui. Since then, Gamrot successfully defended the title seven times, including registering a pair of wins over UFC vet Norman Parke and talented grappler Kleber Koike Erbst.

This bout with Kutateladze is an opportunity for Gamrot to establish a good baseline for where he fits in the division, as the Georgian enters with an 11-2 record and having won eight straight fights, most recently dispatching former UFC competitor Felipe Silva in just 44 seconds at Brave CF 29 last November.

Gamrot is an exciting addition to an already stacked division, one that also added Michael Chandler in recent weeks, and someone that UFC fans should be (a) tuning in to see on Saturday, and (b) adding to their “Fighters to Watch” list going forward.