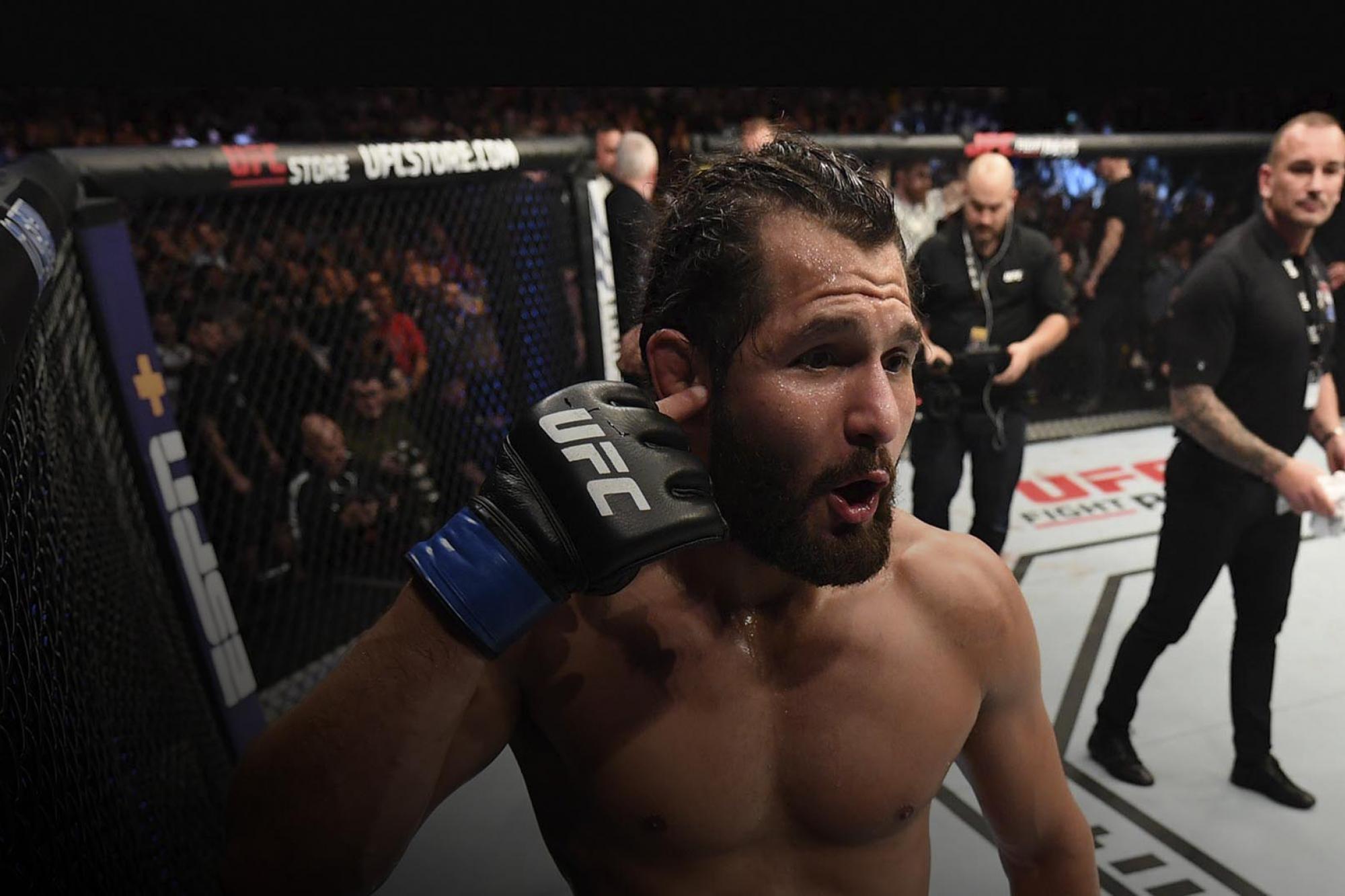 The Road To BMF: Jorge Masvidal

Four Fights That Helped Make "Gamebred" A Finalist For The Baddest...
By Steve Latrell, on Twitter: @TheUFSteve • Oct. 21, 2019

He started a spiral in Donald Cerrone’s welterweight run that ultimately sent “Cowboy” back to lightweight. He also sent Cezar Ferreira and Darren Till to middleweight, and he handed Ben Askren the first loss of his career.

In a journey full of twists and turns, here are four moments that put Jorge “Gamebred” Masvidal on The Road to BMF.

Order UFC 244 For Any Device Here

After a serviceable run at lightweight, a sea change was afoot when Masvidal made his return to welterweight at The Ultimate Fighter 21 Finale in the summer of 2015. His opponent—Cezar Ferreira—was making his welterweight debut, albeit coming down from middleweight.

At first glance, your eyeballs would tell you “Mutante” had the clear advantage, towering over the noticeably smaller “Gamebred.” Clinched against the fence, his hulking frame nearly eclipsed Masvidal altogether. But just over four minutes and a vicious right elbow later, the Miami native had the statement finish he’d been seeking for years, and a Performance of the Night bonus to prove it. 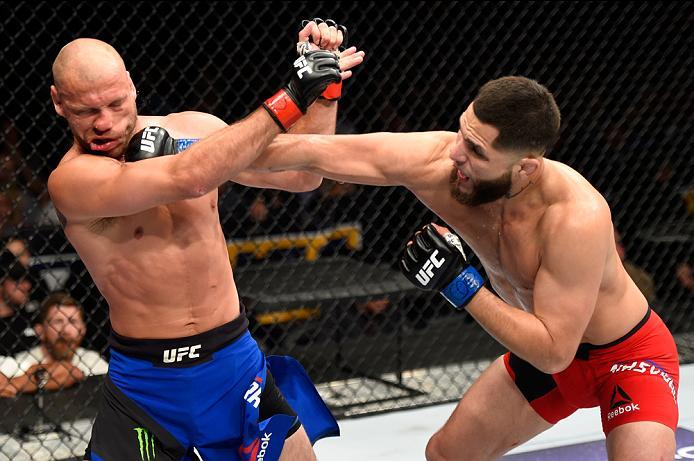 “Cerrone’s not as good as people think he is, and I’m about to show ‘em.”

It seemed like a preposterous statement at the time, as Masvidal entered perhaps the most high-profile fight of his career against the then-hottest welterweight on the scene: Cowboy Cerrone.

Whether or not the bout proved that Cowboy wasn’t “as good,” it certainly demonstrated how wildly underestimated Masvidal was. After repeatedly finding a home for his right hand and dropping the hometown hero in the first round, he needed only a minute of the second round to repeat the pattern for a career-defining victory and another Performance of the Night reward.

“I felt like knocking him out because I didn’t want to go to a decision,” he would say at the time. “Sometimes in the past I’ve been on cruise control because I was kicking a guy’s ass so bad. But I can pull the trigger when it needs to be pulled.” 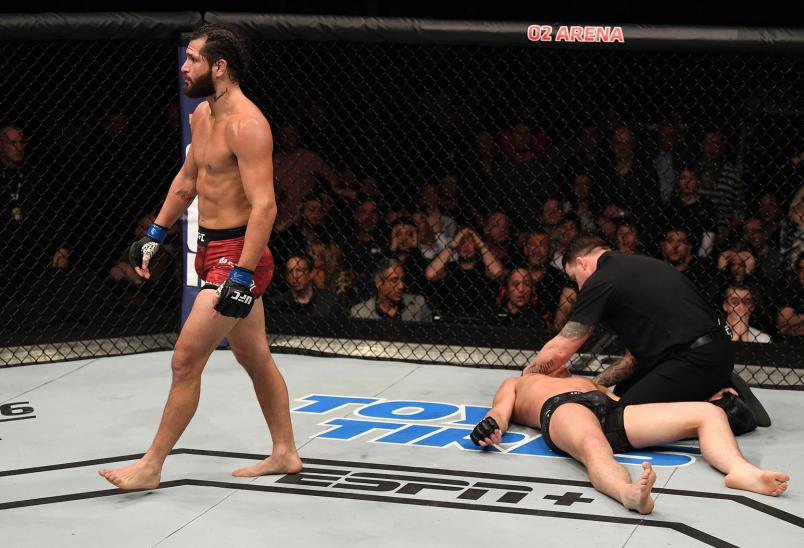 One needn’t have looked any further than his post-Cerrone celebration to understand how much Masvidal relishes finishing his foes on their own soil. As Bruce Buffer introduced him in front of a hostile London crowd against their beloved Darren Till, “Gamebred” smiled and flapped his arms like a child being gifted a truckload of candy as the boos cascaded down upon him.

After more than a year outside the Octagon, few knew what to expect from the American Top Team soldier, and Masvidal was about to show them. Definitively.

To his credit, a crisp-looking Till did his brethren proud in the first round, dropping Masvidal at the outset and regularly landing his jabs early. Still, with each successful punch, he visibly energized Masvidal, who peaked in the second round with an over the top left hand that had Till sleeping before he hit the canvas.

As was becoming habit, Masvidal returned to Miami with yet another performance bonus check.

If you make an animated GIF of the UFC 239 bout between Masvidal and Ben Askren, you can watch the fight in its entirety nearly 12 times in a single minute.

Securing the record for the fastest knockout in UFC history, the fight didn’t even last the five seconds it was officially timed for. Planting a knee on Askren’s curly dome at approximately 4:58 of the first round, the remaining seconds were reserved for the time it took referee Jason Herzog to blink and step in and save an unconscious Askren.

It was another occasion for a performance bonus, and the most emphatic of exclamation points that we were now witnessing Masvidal 2.0.