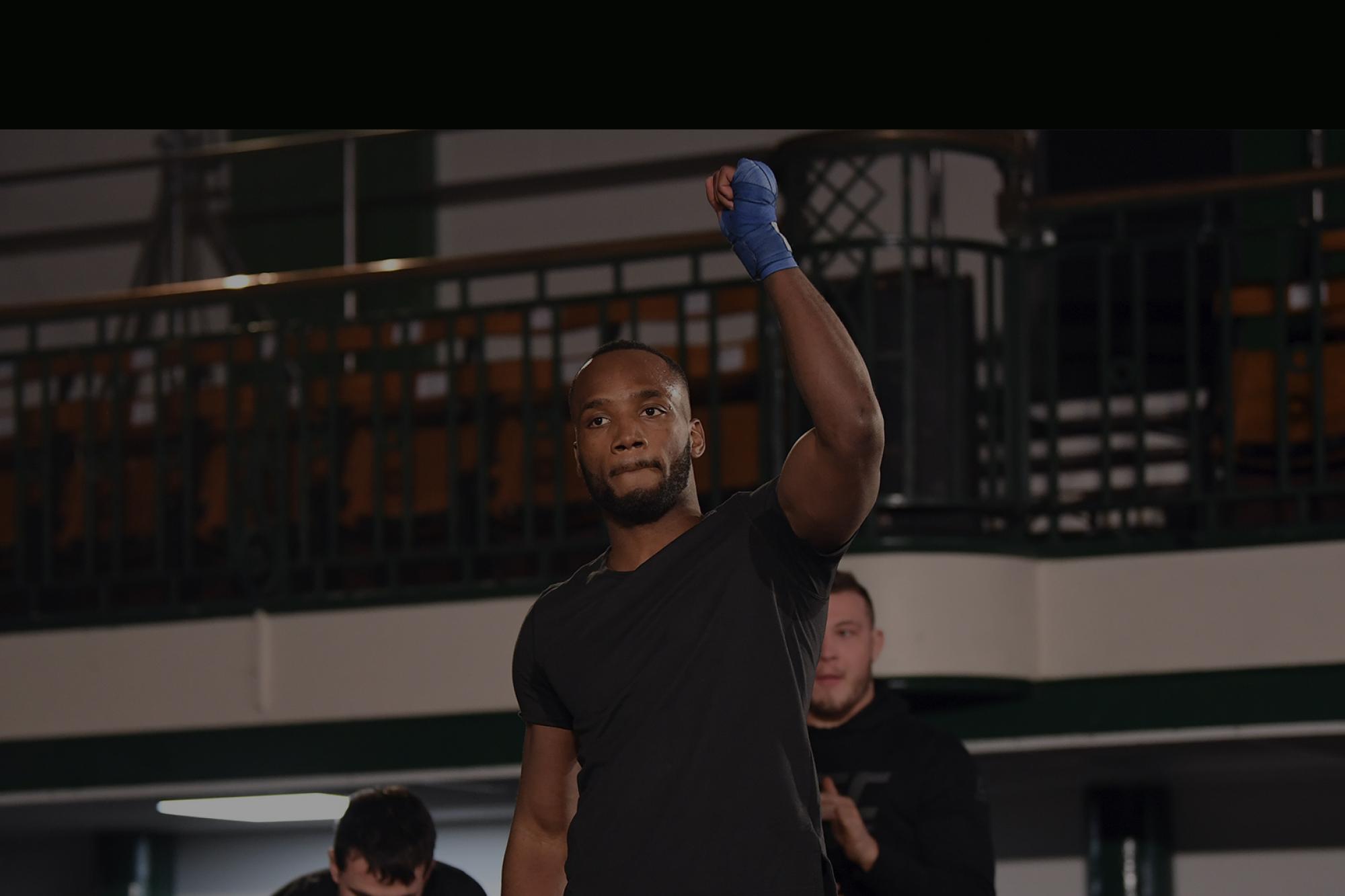 Edwards Is Gunnin' For Nelson

Leon Edwards Has Never Lost At Home And He Plans On Keeping It That Way
By Zac Pacleb • Mar. 14, 2019

Over Leon Edwards’ last six fights, things have been clicking.

His confidence levels in himself and his team in Birmingham has paid dividends, and he feels that it proves a bigger point about mixed martial arts in the United Kingdom as a whole.

“Me growing up as a kid in the UK, they tell you you have to go to the US to improve or to get better,” Edwards said. “I feel like that’s gone now, and we’ve got very great fighters coming out of the UK.”

One of those great fighters from the UK is Liverpool-native Darren Till, who Edwards got into a spirited exchange with at a press conference leading up to the fight. Even though Edwards would’ve gladly fought Till in the O2 Arena, his focus shifted right back to Gunnar Nelson, whom Edwards believes is a tougher fight than Till.

“I think he offers more threats than Darren Till,” Edwards said. In the UK, you can find 10 other dozens of Thai boxers, you know what I mean? Strikers and boxers and Thai boxers, they’re a bunch a dozen.”

Preparing for Nelson’s submission prowess, Edwards is at the very least comfortable with the surrounding circumstances. It’s his third fight in London, where he is undefeated. Should he keep that record clean after his fight with Nelson, Edwards wants the winner of the main event between Till and Jorge Masvidal in the summertime.

Go inside the life of UFC welterweight Leon Edwards as he prepares UFC London.

However, welterweight newcomer Ben Askren has made it clear he also wants the main-event winner. In Edwards mind though, he’s not concerned about the newly minted UFC fighter.

“I don’t think Ben has a lot to offer really,” Edwards said. “Talks a lot, but skill-wise, he’s a good wrestler, but that’s it. His last fight with Robbie Lawler, he almost got killed until he got that headlock, you know what I mean? Give Robbie the rematch first, and then go on from there.”

We talked to Edwards about his feelings on fighting in London once again, his verbal exchanges with Till and how his focus is on Nelson heading into fight night.

UFC: A few days out from fight night, how are you feeling?

The stars of Fight Night London faced off after media day on Thursday.

UFC: What does it mean to you to be able to fight in London so much?

LE: It’s just down the road. I live in Birmingham, which is like two hours away from London. For me, it’s perfect. I get in my car, drive up, have a fight Saturday night and then drive back, so it works out perfect for me fighting in London. I’ve never lost at home, and I’m keeping it that way Saturday night.

UFC: Does fighting at home provide a bunch of distractions? Is it harder?

LE: I feel like it’s easier because you got your family’s energy and your friends, and it’s like a normal day. It’s doesn’t seem as much as a fight week as if you went away for somewhere else and you’re by yourself. It’s only you and your training staff, that’s it, so for me, it feels better to get your friends and family energy, and you just feel like it’s a normal day.

UFC: You and Darren Till had a good back and forth at the press conference a few weeks ago. Was it hard shifting your focus to Gunnar Nelson?

LE: No, not really. That was just because Gunnar wasn’t there for the press conference, so that just happened because Gunnar wasn’t there. As soon as I left, I was going back to camp and went back to focusing on Gunnar. I believe Gunnar Nelson is the harder fight for me than Darren Till. My focus is 100 percent on Gunnar Nelson. I literally haven’t thought about Till. I know I want the winner of the main event, and that’s it.

UFC: Because you fought so much in London, what’s the feeling when you walk into the Octagon? Are you used to it? Does it still excite you?

LE:  For this fight, I feel good. Like I said, this is my third time at the O2. It’s the same hotel, it’s the same, everything is the same. So it feels like it’s another day. I feel more comfortable. When you’re more comfortable, that means you can perform better, so I’m looking forward to Saturday night, man. I’m looking forward to see how I feel backstage because I don’t really get nervous in the week. I know I’m going to feel it Friday, Saturday. For now, I’m just chilling, and enjoying my week, and enjoying my weight cutting, and getting the weight down, and that’s it really.