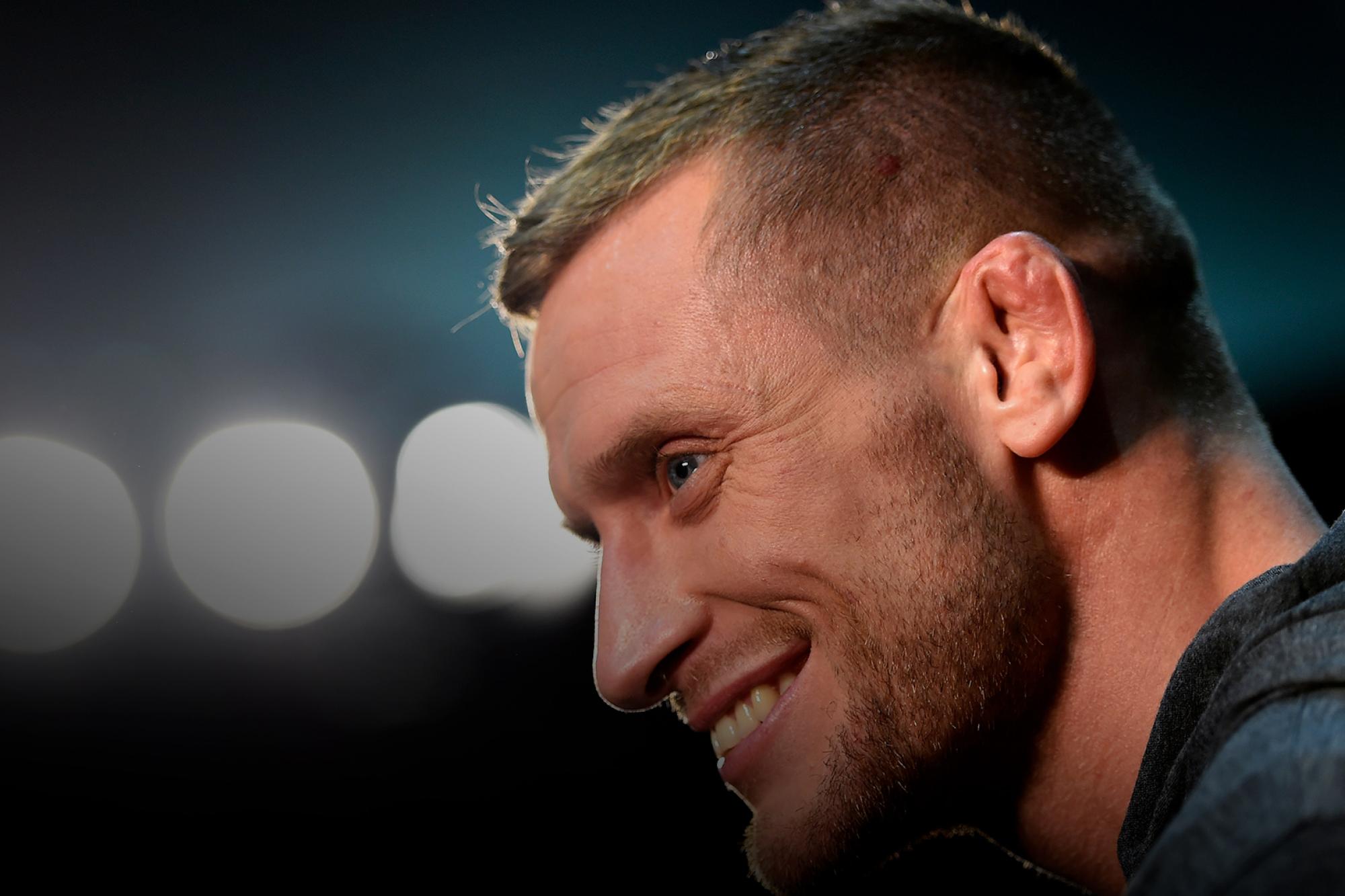 Russia isn’t the furthest place Davey Grant has traveled to in the past year, though you would assume it might be the most stressful, since the County Durham native will be getting into a fistfight with Grigorii Popov this Saturday at CSKA Arena in Moscow.

But yeah, Moscow ain’t got nothing on Grant’s January trip out of England.

“It's not Jamaica with three kids,” laughs Grant, who spent two weeks there for a family wedding. Yet on a serious note, going to Russia as the guy in the black hat has to be a bit intimidating, but not for “Dangerous Davey.” 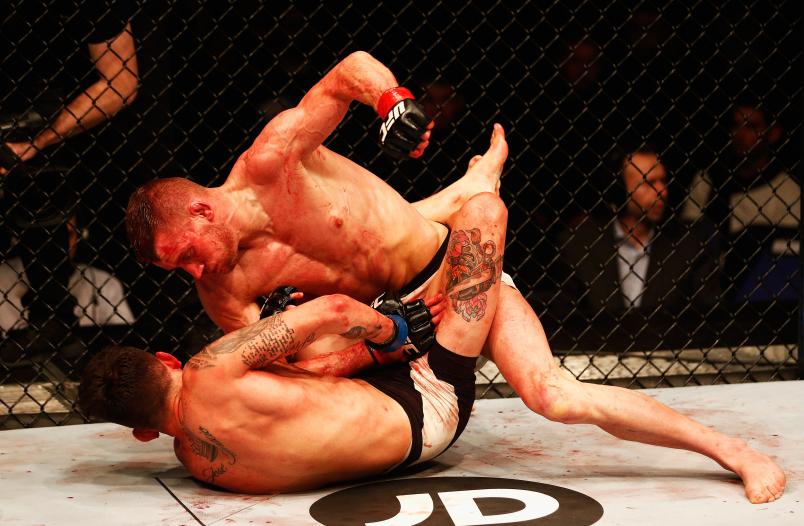 “Wherever you go, if you go fight someone in their own home, you know you're going into hostile territory,” he said. “That's always going to be the case. But I look forward to it. I've never been one to want to shy away from anything, and that's exciting. I don't mind being the bad guy; it's all just fuel to the fire.”

“I don't get this chance that often, so every time I actually get a fight, I'm just so excited to get in there because it seems so hard sometimes to get there.”

The 33-year-old isn’t exaggerating. A member of the UFC roster since 2013, when he debuted in the finals of The Ultimate Fighter 18 against Chris Holdsworth, Grant has been here for six years, but he’s only stepped into the Octagon four times. The biggest break was from 2013 to 2016, but there was also the break from 2016 to 2018 and from July of last year to this weekend. 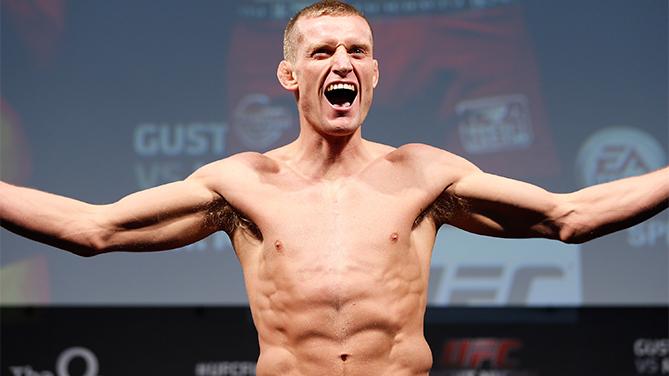 “To be honest, I was struggling with a couple injuries that had been ongoing for the last few years and they just kept getting worse,” said Grant of his latest stay on the sidelines. For a talented fighter who owns a win over current bantamweight contender Marlon Vera, it was a crushing stretch. Of course, you wouldn’t hear any complaints out of the affable Brit, but I had no problem pointing out that few fighters have had worse luck than him.

“That's one way to put it,” he laughs. “It's been a nightmare. Don't get it wrong, I'm blessed to have got this opportunity anyway in the grand scale of things to be able to follow my dreams. But there haven't been ideal circumstances.”

That’s putting it lightly, but he never stopped believing that one day the injuries would be gone, everything would click, and he could consistently show what he could do in the Octagon. And it’s that faith that kept him moving.

“I'm doing what I love,” he said. “Fighting has always sort of been my life and I feel as if I've just got so much more to give. I'm nowhere near done yet. It's the little things, the little setbacks that you overcome that make you who you are, and you see the people who shine through after all that. Everyone's going through their own problems; I don't think I'm much worse off than anyone else. I haven't gotten fights as consistently as what I've liked, but it's all good. I understand everyone's got things going on, so I'll keep going and keep trying to reach my goals.” 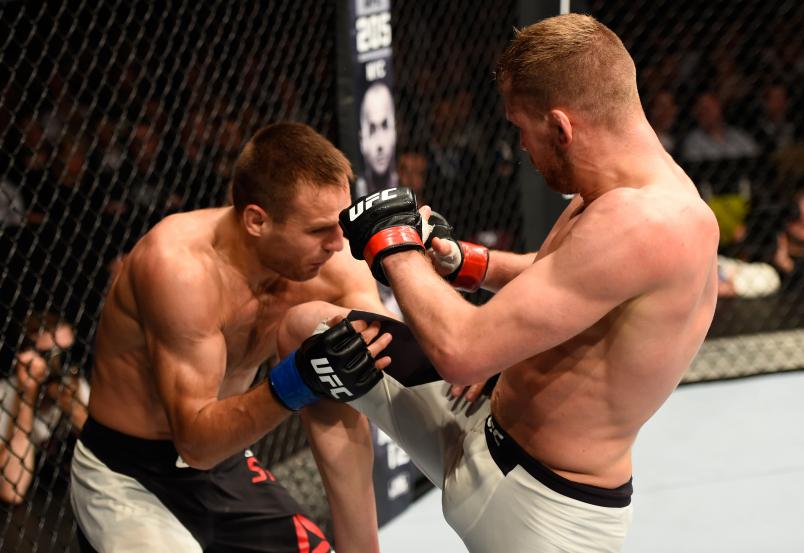 Was it the sun and sand in Jamaica that gave him such an optimistic outlook?

“I've always been pretty positive but yeah, it helped,” he laughs.

And why wouldn’t he be positive now? The injuries have healed, he’s got a fight this weekend, and if he has his way, it will be a busy and productive 2020.

“I just want to go in, put on the performance of a lifetime and hopefully go straight back out in 2020,” he said. “I want to start getting this ball rolling again. I'm training a lot smarter nowadays, so I just want to start putting some wins together and then make my run at it.”