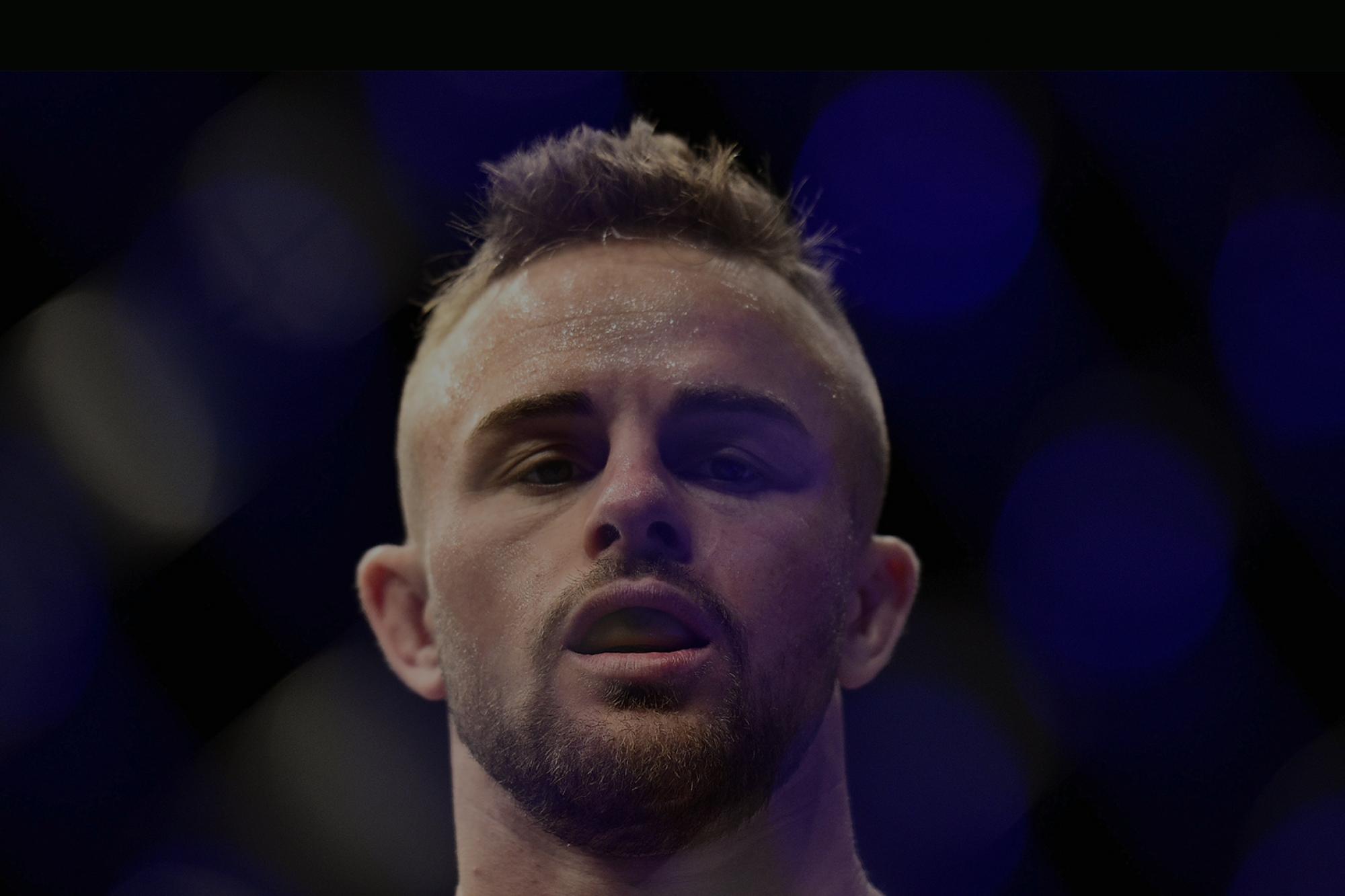 "When I really turn it on and am hitting on all cylinders, I can smoke everybody in the gym."
By Jon Gagnon, on Twitter: @JGagnonUFC • Dec. 4, 2019

Cody Stamann is in a familiar and comfortable position entering his fight with Song Yadong on Saturday in Washington D.C. But it’s a position Stamann would prefer to avoid going forward.

Despite a 4-1 start to his UFC career, Stamann finds himself as an underdog yet again. Instead of drawing fights against highly-ranked opponents, Stamann draws up-and-coming prospects that are pegged to be the next big thing. Stamann’s issue is that he believes he is the next big thing.

“It’s another position they’re putting me in where I’m fighting another top contender,” Stamann said. “He’s the next big thing, same as Tom Duquesnoy. I find myself in this place where I have this chip on my shoulder because I’m an underdog and I’ve been an underdog in five of six fights. So, for me, it’s kind of the norm, but I’m getting tired of it. They’re saying (Song is the) next champ, I’ve heard this before so it’s time for me to make a statement that I’m that guy. I’m the contender.”

We’ve seen a little bit of everything from Stamann. He’s capable in all aspects of MMA and has provided entertaining fights throughout his UFC tenure. His past success is what makes his future even brighter because Stamann believes he still hasn’t reached his peak.

He recently moved to Las Vegas to train at the UFC Performance Institute and it’s been a game-changer. As a Michigan native, the sunny days in Las Vegas have spoiled him – he jokingly said he hates Washington D.C. so far because of the cold, but at the end of the day he’s here to win fights, not take in the sights.

But aside from the consistent comforting weather of Las Vegas, Stamann said the PI has far exceeded his expectations and thinks more fighters should be utilizing the resources it offers. And though he’s not in a rush to reach his greatness, he admits his experience at the PI has jumpstarted his ascent.

“I’m definitely heading in that direction (reaching my peak),” Stamann said. “I started to notice it since I moved to Las Vegas. When I really turn it on and am hitting on all cylinders, I can smoke everybody in the gym. I’m going against super high-level guys, the elite in the MMA community, and when I’m really putting it all on I don’t think anyone can touch me.

Although he will be fighting one of those types of guys on Saturday, Stamann isn’t far from being one of those guys himself. And he knows a win over Song will give him the boost in the rankings to finally draw the opponents he wants.

There hasn’t been much action near the top of the bantamweight division since champion Henry Cejudo dethroned TJ Dillashaw. That changes next weekend when Jose Aldo moves to 135 pounds to face Marlon Moraes. And on Jan. 25 at UFC Raleigh when Frankie Edgar meets Cory Sandhagen.

Those are exactly the names Stamann envisions fighting, and he believes a win over Song will earn him a matchup with Aldo or Edgar at some point in 2020.

“I’m one fight away. It’s crazy to even say that I could be fighting Frankie Edgar or Jose Aldo, but that really is something that most likely will happen in 2020,” Stamann said. “You tell everyone you’re going to be in the UFC, Top 10 in the world, the champ and then things start unfolding in front of you and sometimes I catch myself looking back and thinking this is all surreal. It’s been everything I hoped it would be.”

Ahead of his main event matchup with Dan Hooker at Saturday's Fight Night, look back at all the finishes in Dustin Poirier's UFC career.