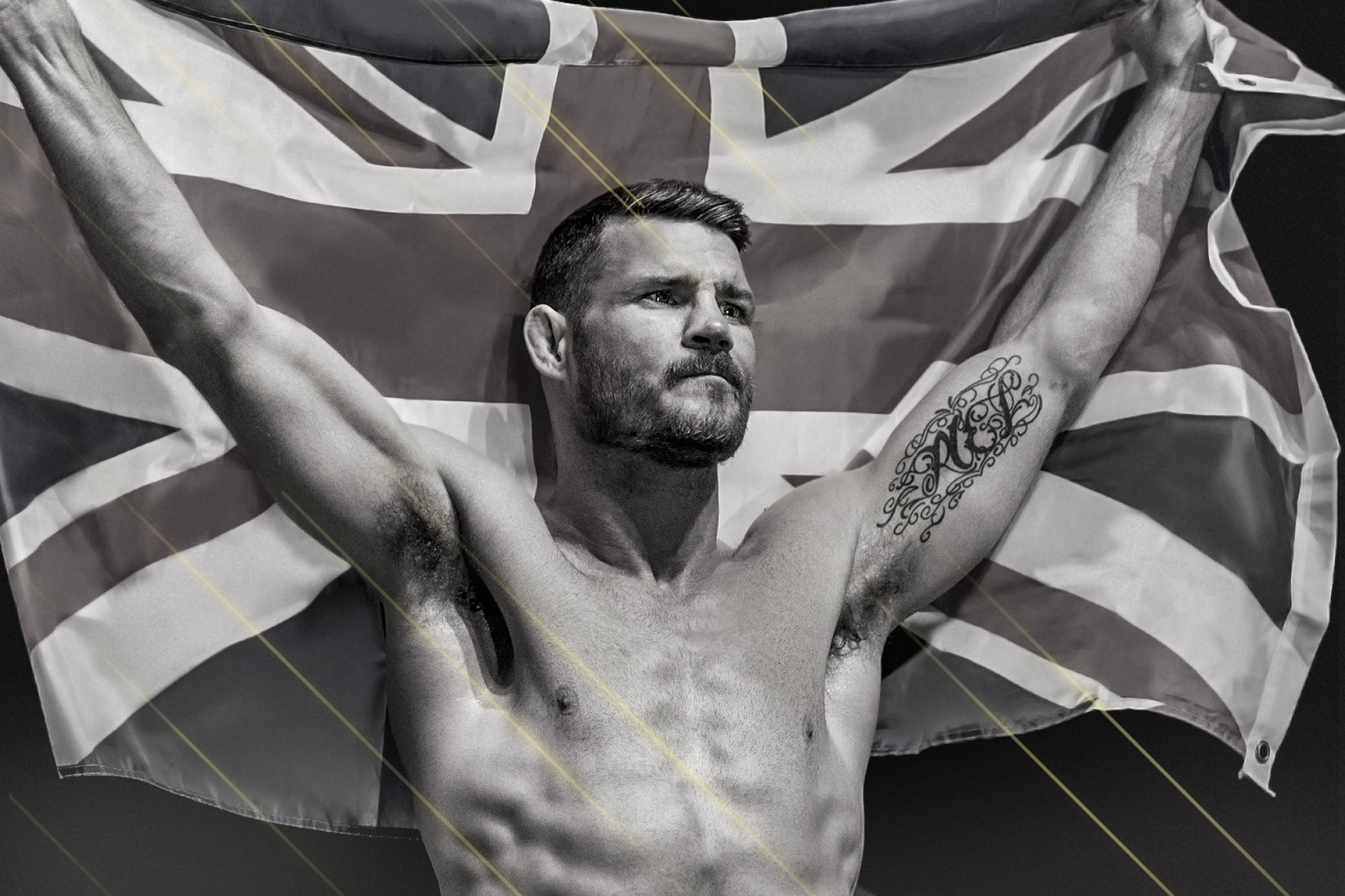 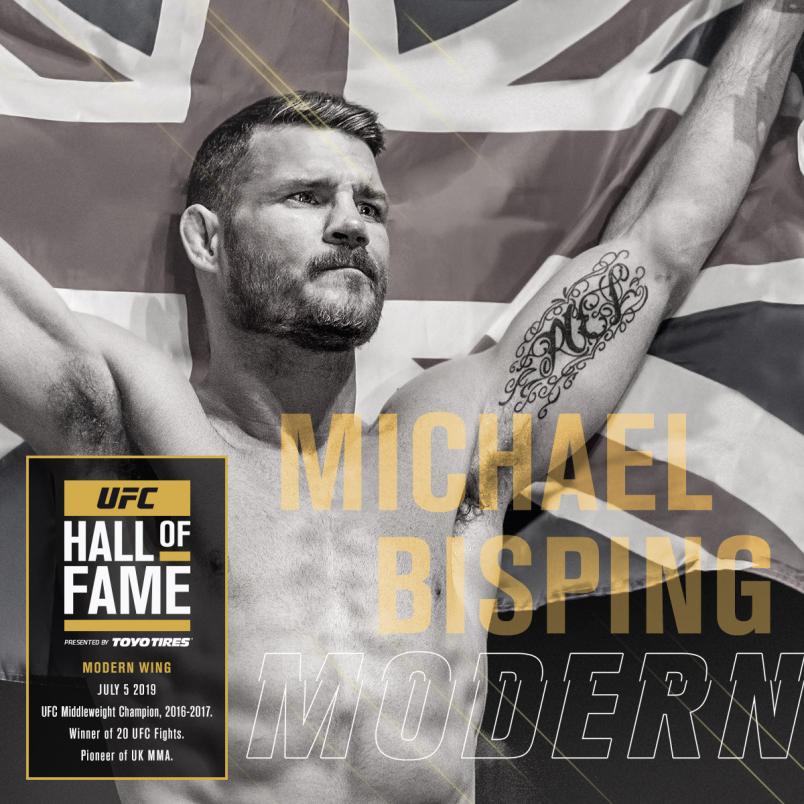 Las Vegas ­– UFC® today announced that former UFC middleweight champion and winner of season three of The Ultimate Fighter®, Michael Bisping, will be inducted into the UFC Hall of Fame’s ‘Modern Wing’ as a member of the class of 2019. The 2019 UFC Hall of Fame Induction Ceremony, presented by Toyo Tires®, will take place on Friday, July 5 in Las Vegas. The event will be streamed live and exclusively on UFC FIGHT PASS®.

“It’s hard to have the level of talent needed to compete in UFC for any amount of time, but Michael Bisping was able to have an 11-year career where he became a world champion and won The Ultimate Fighter, not many people can say that,” UFC President Dana White said. “He also came back and coached The Ultimate Fighter and is now one of the best analysts on our broadcast team. Michael has been a huge part of not only building our brand, but also the sport of mixed martial arts. He absolutely deserves to be in the UFC Hall of Fame. Congratulations.”

Bisping, the first British fighter to become a UFC champion, will enter the UFC Hall of Fame as a member of the Modern Wing, joining Forrest Griffin (2013), BJ Penn (2015), Urijah Faber (2017) and Ronda Rousey (2018). The “Modern Era” category includes athletes who turned pro on or after November 17, 2000 (when the rules of mixed martial arts were adopted), are a minimum age of 35, or have been retired for one year or more.

Following impressive stints with Cage Warriors and Cage Rage, Bisping entered the third installment of UFC’s The Ultimate Fighter: Team Ortiz vs. Team Shamrock, with a 10-0 record in 2006. Bisping breezed through his first two fights on the show, dispatching each opponent with first round stoppages, before finishing Josh Hayes via second round TKO to win the light heavyweight tournament. Bisping began his post-TUF career at UFC® 66: LIDDELL vs. ORTIZ, on December 30, 2006, defeating Eric Schafer via first-round TKO.

During his remarkable tenure inside the world-famous Octagon®, “The Count”, complete with his trademark entrance music, “Song 2” by Blur, would become a global fan favorite, registering a 20-9 record in UFC, which included capturing the UFC middleweight title by defeating Luke Rockhold at UFC® 199: ROCKHOLD vs. BISPING 2 in June 2016. Having lost to Rockhold in 2014, Bisping took the fight as the main event’s second replacement, on 17 days’ notice, winning the contest via strikes in the first round.

Bisping enters the UFC Hall of Fame with an impressive resume that includes:

A native of Britain, Bisping began training jiu-jitsu at the age of eight. At the age of 15, he competed as an amateur in Britain’s first “no holds barred” competition, a precursor to modern MMA.

Outside the Octagon, Bisping has become an accomplished combat sports analyst and commentator for UFC, as well as a successful entrepreneur as a stakeholder in UFC GYM – Costa Mesa and UFC UK.

The remaining inductees of the UFC Hall of Fame class of 2019 will be announced in the coming weeks leading to the 8th Annual UFC International Fight Week ™, taking place from Wednesday, July 3 – Sunday, July 7 in Las Vegas.